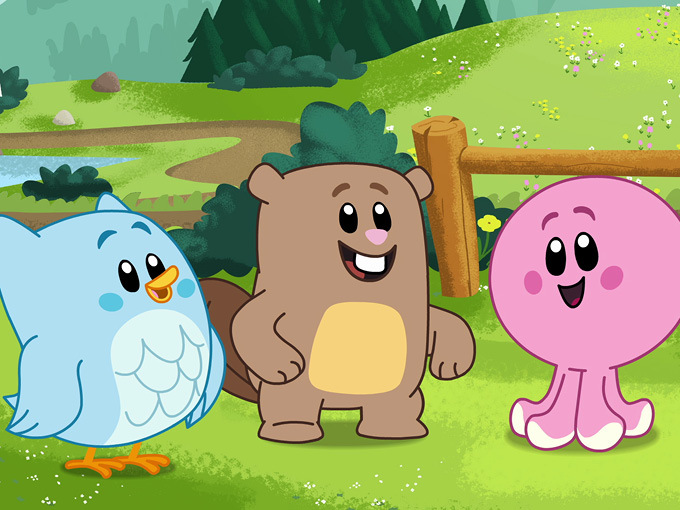 Luna, Chip & Inkie Adventure Rangers Go is based on the network’s long-time mascots (an owl, beaver and octopus trio), and will follow along as the characters find creative solutions to solve problems for their neighbors in Eagle Creek.

This new 2D-animated series is aimed at kids ages four to six and will premiere next April on Knowledge’s linear channel in British Columbia, as well as on the Knowledge Kids apps and website. Each episode of the 40 x 11-minute show features an original song written by composer Daniel Ingram (My Little Pony: The Movie).

French-Canadian broadcaster Groupe Media TFO is a co-commissioner and co-producer on the series, which also received financial support from the Canada Media Fund and Shaw Rocket Fund. It  will be distributed internationally by Epic Story Media, and is making its market debut at MIPCOM next week.

The characters have been featured in Knowledge Kids branding, books and video games since 2008, and also in a series of shorts that Vancouver-based Slap Happy made in 2013. More recently, Mainframe Animation produced a half-hour Luna, Chip & Inkie in the Festival of Wishes musical special in 2019.