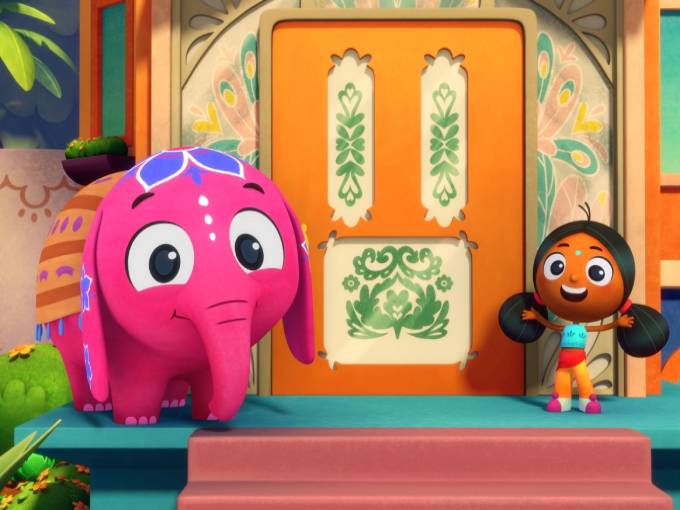 The streamer also renewed Ridley Jones and Ada Twist, Scientist for second seasons as it works to expand its lineup for the two-to-six set.

Netflix continues to expand its preschool lineup with four new CG-animated series orders and a pair of renewals.

The streamer has picked up Mattel Television’s Deepa & Anoop (pictured), a music-driven series starring seven-year-old Deepa and her color-changing elephant Anoop as they help guests at her family’s bed and breakfast. Set to premiere in 2022, the show was created by Munjal Shroff, Lisa Goldman and Heather Kenyon, and is executive produced by Mattel’s Fred Soulie and Christopher Keenan.

Netflix has also bought the rights to Action Pack from OddBot. This action-adventure series will bow in January 2022, and centers around a group of kids learning how to be superheroes at a special academy. Executive producer Chris Hamilton (Muppet Babies) is also the showrunner on the series, which was created by Bill Harper and animated by ICON Creative Studios.

Due to launch in spring 2022, The Creature Cases is about a team of animal detectives solving mysteries that feature real zoological facts and wild adventures. Produced by Silvergate Media and animated by TeamTO, this action-comedy was created by Gabe Pulliam and is executive produced by Kurt Mueller and Adam Idelson.

No additional details about any of the new series were available at press time.

Netflix has also renewed CG-animated preschool shows Ridley Jones (six x 22 minutes) and Ada Twist, Scientist (40 x 12 minutes). The second season of Ridley Jones, which only just premiered in July, will be available on the streamer in November 2021. And new episodes of Ada Twist, Scientist, which dropped its first season in September, will launch sometime in 2022. Chris Nee created Ridley Jones, developed Ada Twist for television, and executive produces both series.