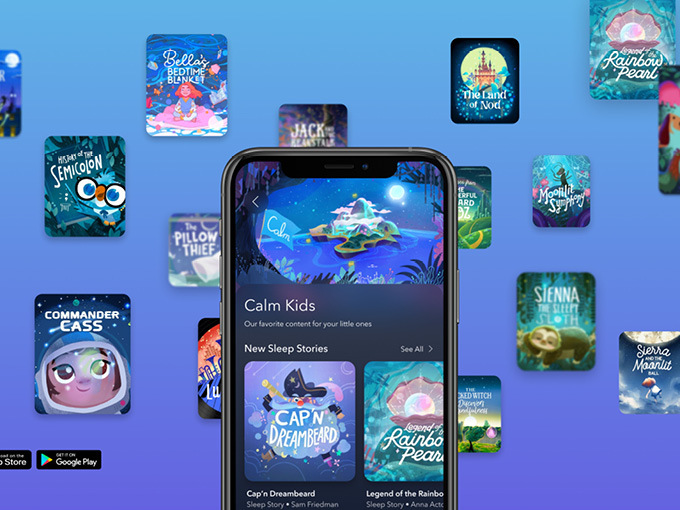 Mindfulness app Calm has launched a dedicated kids section filled with lullabies, bedtime stories and guided meditations to meet a growing demand from parents for content that improves the mental health of children.

Aimed at under-18s, Calm’s kids content library features a new Peppa Pig bedtime story called Daddy Pig’s Bedtime Story from Hasbro that launched yesterday. The app has also inked a licensing deal with Illumination for a relaxing Minions in Space bedtime story that will roll out later this year, as well as partnering with DreamWorks Animation to launch Kung Fu Panda content in 2022.

Calm is expanding its catalogue of original kids content as well, rolling out a weekly series of 30-minute bedtime stories that will kick off this Sunday with a titled called Bill Dozer.

On the talent partnership front, Calm has teamed up with singer P!nk to create a new series that will launch in 2022, as well as tapping actors Maya Rudolph and Diane Keaton to narrate some of its upcoming kids content.

Since launching in 2012, Calm has been building its presence in the kids space with exclusive releases. This year, the app inked an agreement with Apple TV+ to launch guided meditation videos for kids, and partnered with Universal for Trolls-themed mindfulness content. And in 2020, it teamed up with Mattel to launch a six-part Thomas & Friends series introducing preschoolers to the basics of meditation.

The launch of a dedicated kids section is well timed, given that the pandemic has put a spotlight on kids’ mental health and the need for content that helps families sleep better, build resilience and process their feelings, according to a release. Another motivating factor is the fact that one in six US kids between the ages of six and 17 has a mental illness, according to a 2019 study from JAMA Pediatrics.