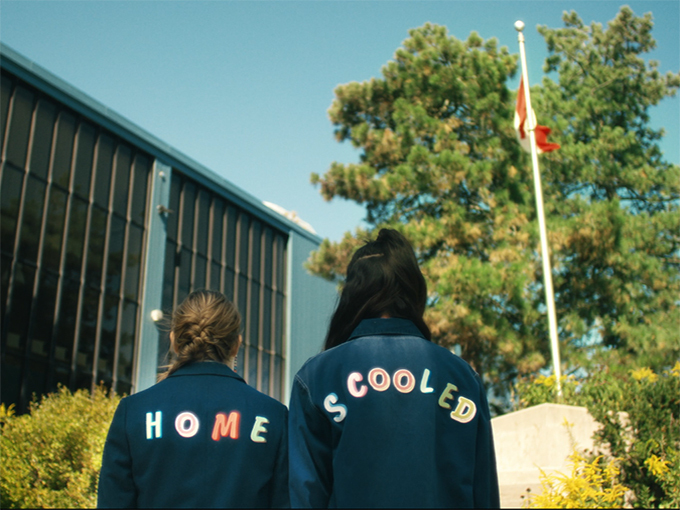 EXCLUSIVE: Premiering on CBC Gem in 2022, the live-actioner focuses on the growing cohort of kids who are learning at home, says Joy Rosen.

The dramedy for kids ages 13-plus will premiere in spring 2022 and follows two teenage girls who decide to make a documentary about their experiences being homeschooled together. Their friendship gets tested when one of them decides she wants to go to regular public school instead.

Created and co-produced by Karen Knox and Gwenlyn Cumyn through their Boss & Co. (Barbelle) shingle, the 10 x 15-minute series starts filming next month in Toronto. Portfolio handles worldwide distribution, and is currently seeking broadcasters outside of Canada.

Homeschooling became much more common during the pandemic. According to the National Home Education Research Institute, roughly 7% (3.5 million) of school-age kids in the US being educated that way this year, compared to 4% in 2019 (2.5 million). And even without lockdowns, NHERI’s research shows that the number of kids learning at home has been climbing by 2% annually for the last six years.

Portfolio decided to tap into this underrepresented and growing market, says CEO and co-founder Joy Rosen. She adds that there’s still a lot of mystery around what homeschooling looks like for kids and how it affects their socialization, and this new series aims to pull back the curtain on that.

Portfolio has traditionally focused on animated preschool series (The Cat in the Hat Knows a Lot About That) and primetime live action (Stolen Miracle), but the company is looking to expand into other areas of content now, and tween live action seemed like a good place to start. And after a year of production delays, there is a lot of pent-up demand from buyers for live-action content that the whole family can watch together, Rosen says.

But reaching this co-viewing audience isn’t a one-off strategy for Portfolio. The company has two other live-action shows in development now, although Rosen declined to share any details about them at press time.

“We’re excited to step into this space,” she says. “Homeschooled is timely, and we have young talent [in Knox and Cumyn] who are leaning into their life stories to make something that doesn’t feel manufactured. That will help the show connect with both tweens and their Millennial parents.”