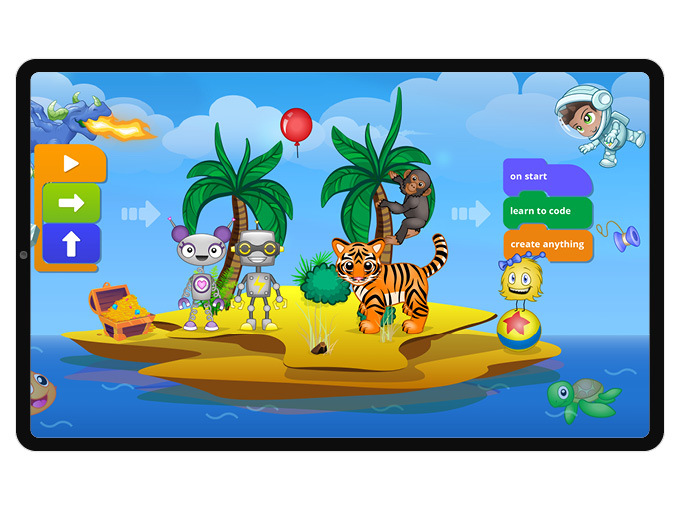 The latest in a string of kidtech acquisitions, this nine-figure deal will see Tynker operate as a separate entity with its original leadership team intact.

Tynker will continue to operate as a separate entity under the BYJU umbrella, and co-founders Krishna Vedati, Srinivas Mandyam and Kelvin Chong are to remain at the helm.

According to a press release, more than 60 million kids and 100,000 schools worldwide have used Tynker, which launched in 2013 and uses games to teach kids how to code. The platform has also partnered with a number of well-known brands looking to get into the world of early-learning coding, including Mattel, NASA and BBC Learning.

This latest acquisition gives BYJU access to Tynker’s existing user base, and helps the tech company (which has roots in learning apps) expand into kids coding for the first time.

Edtech has exploded during the pandemic, when many parents turned to learning programs to supplement their kids’ virtual classroom educations. As a result of this greater interest in the category, BYJU’s valuation has increased to US$16.5 billion following a funding round in June, according to the company.

BYJU has been rapidly expanding in the US market since acquiring AR company Osmo for US$120 million in 2019 and digital reading platform Epic for US$500 million in July. These moves are part of the techco’s strategic goal to invest US$1 billion in the stateside edtech market over the next three years.

The company has also been chasing big partnerships as part of this North American expansion plan, teaming up with Disney in July to launch a new AR educational app and physical workbooks featuring the media giant’s characters.