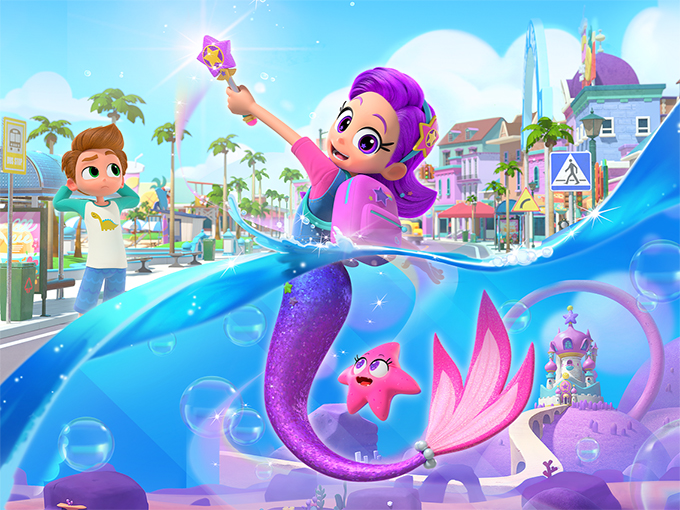 This 3D-animated mermaid fantasy series will launch on the Chinese streamer and Korea's EBS in 2022.

The 3D-animated fantasy is aimed at kids ages six to nine. Currently in production, Rainbow Bubblegem recounts the magical adventures of seven mermaid princesses who search for enchanted jewels to save their underwater world, while also attending a land-based school.