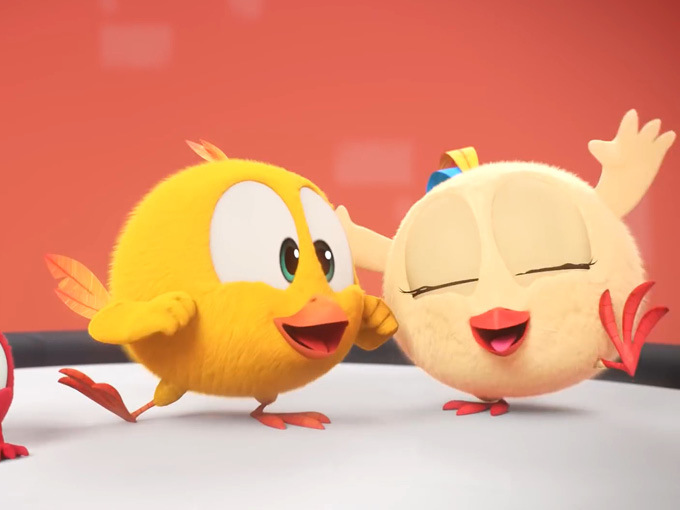 Tiny Pop started airing the 52 x 11-minute series on September 1, and the rest of the new broadcasters will roll it out late 2021 and early 2022, according to a Guru spokesperson.

Pikwik Pack premiered on Disney Junior (US) in November 2020, and is now airing on Hulu (US) and Treehouse (Canada). It focuses on a team of animals who deliver packages to the residents of a small town. International broadcasters already signed up to air the series include Super RTL (Germany),  Canal Panda (Portugal), HOP! (Israel) and Minimini+ (Poland).

The CG-animated comedy is about a small chicken who discovers different places and objects in every episode.

The prodco is expanding into publishing for the first time with a new book title in partnership with Cardiff-based Candy Jar Books due out on September 30. Cameron Tiberius McPherson and his Magic Chair tells the story of a young boy who uses a magical wheelchair to go on adventures like climbing tall buildings and finding jewels at the bottom of a lake.

Children’s author Tug Wilson wrote the book, with Chiara Manship illustrating the paperback edition. Hoho wrote the original manuscript, edited the final draft, and plans on adapting the IP for TV and film.

The STEM-focused company has partnered with United Talent Agency (UTA) to support a new expansion plan into film, TV and live-event content.

UTA will advise GoldieBlox on how to grow beyond its consumer product roots and turn its IPs and characters into full-fledged brands. The California-based company has been moving into content production gradually over the last few years, launching a video production division in 2018 and teaming up with India’s Toonz Media Group to create new family-friendly content in 2020. This February, YouTube Originals picked up its animated preschool series The Eggventurers.

Fryday Brands (UK) and WP Brands (Australia) are charged with finding new consumer products opportunities for Odd Squad (114 x 22 minutes) in their respective regions. The adventure series for five- to eight-year-olds, which Sinking Ship co-produces with Fred Rogers Productions for PBS KIDS, follows a team of kid agents who solve weird problems with math and science.

The prodco also tapped Exim Licensing and Mon Entertainment to represent Dino Dana across Central America, the Caribbean, Colombia, Venezuela, Ecuador and Peru. The 52 x 22-minute series for five to nines is about a young girl who can see and interact with dinosaurs.