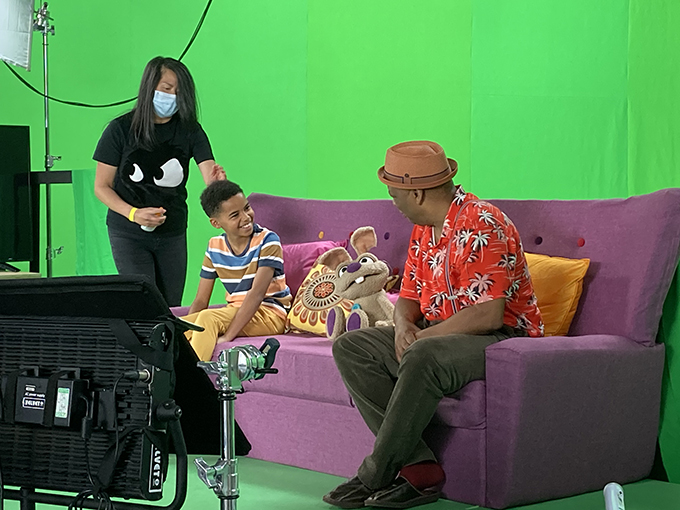 The World According to Grandpa goes live

In addition to launching a stage show, the preschool series is expanding with an AVOD deal and a Welsh-language version.

The World According to Grandpa is ready to take center stage. Saffron Cherry Productions has inked a deal with Creative Rights International and DLAP Productions to develop a live show inspired by the mixed-media preschool series.

The stage show will feature puppetry and projection work to bring the hybrid 25 x 11-minute series to life. The World According to Grandpa premiered in November 2020 and explores the fantastical stories a grandfather tells his grandkids. It was greenlit by Channel 5′s preschool block Milkshake!, with support from the BFI Young Audiences Production Content Fund.

The live show partners are aiming to launch in England in 2023, before touring in Scotland, Northern Ireland and Wales. And the show will travel to other international regions as distribution for the TV series expands globally.

On that note, Australia’s National Indigenous Television (NITV) has picked up The World According to Grandpa for its new kids AVOD platform NITV Jarjums.

And a Welsh-language version of the series—co-produced with Cardiff-based company Boom Cymru—is poised for a September 3 debut on S4C. Like the original English-language version, each episode will start with a question posed by one of the kids to their Tad-cu, or grandpa, played by Welsh actor Danny Grehan.