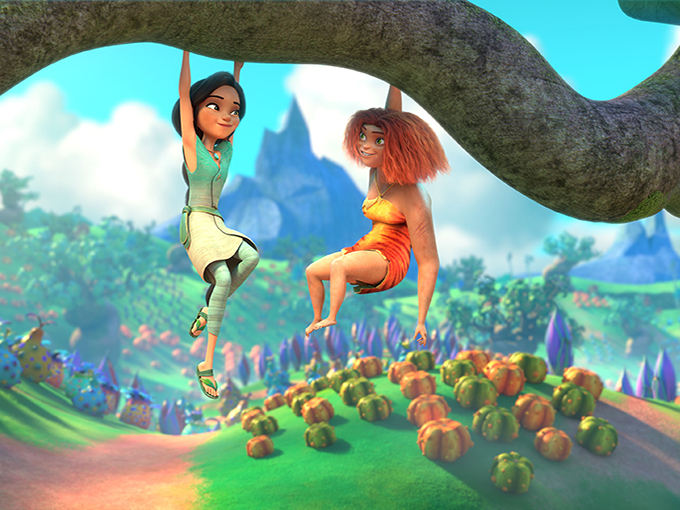 The Croods: Family Tree will be the latest series from the studio to premiere simultaneously on Hulu and Peacock.

DreamWorks Animation is expanding its prehistoric franchise The Croods with a new series for streamers Hulu and Peacock.

The Croods: Family Tree revolves around two families struggling to live together on a farm during prehistoric times. Mark Banker (Go, Dog, Go!) and Todd Grimes (The Epic Tales of Captain Underpants) will serve as executive producers on the CG-animated comedy.

Both streamers will release all six x 22-minute episodes on September 23. Although it’s unusual for two SVODs competing in the same region to share one show premiere, DreamWorks has done similar deals with Hulu and Peacock in the past, releasing its series The Mighty Ones, Madagascar: A Little Wild and TrollsTopia simultaneously this way.

The Croods franchise first launched in 2013 and now includes two animated films that have collectively earned around US$785 million at the worldwide box office, according to DreamWorks; and 2D-animated series Dawn of the Croods, which premiered on Netlfix in 2015 and ran for four seasons.

DreamWorks has a long tradition of turning its movies into TV series, including Trolls: The Beat Goes On!, The Boss Baby: Back in Business, DreamWorks Dragons: Rescue Riders and Kung Fu Panda: The Paws of Destiny. In recent years, it has also begun expanding Universal live-action franchises into family-friendly animated shows such as Jurassic World Camp Cretaceous (three seasons) and Fast & Furious Spy Racers (five seasons), which are both on Netflix.