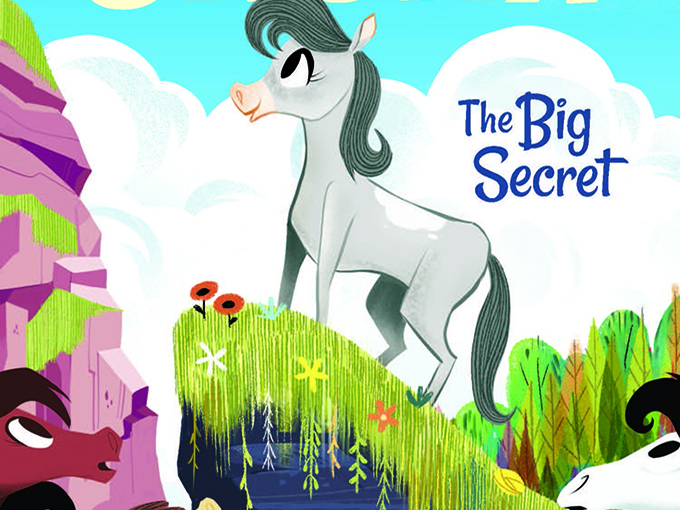 EXCLUSIVE: The indie publisher is launching its first audio-based game as it expands its IPs into 360-degree brands, says CEO Shimul Tolia.

With parents increasingly seeking screen-free alternatives for their kids, indie publisher Little Bee Books sees an opportunity in audio-only games as it looks to expands its various IPs into 360-degree brands.

The New York-based company has partnered with Swedish video game developer Wanderword to launch an interactive audio activity based on the Tales of Sasha book series.

Tales of Sasha: The Interactive Audio Game, for kids six to eight, revolves around a magical horse who solves math problems with her friends. Launched August 9 on Amazon’s Alexa platform, kids use their voices to interact with the story and learn math skills. It will launch on the Google Play store in September.

Written by Alexa Pearl and illustrated by Paco Sordo, the Tales of Sasha series has sold more than 200,000 copies globally. It centers on a magical horse who takes on adventures while struggling with being unique.

The first book (pictured) debuted in 2017 and the 11th—and most recent title in the series—was released in July 2020, with additional books planned.

The popularity of the series and continued increase demand for screen-free entertainment made the audio-only play format an appealing avenue to kick off Little Bee Books’ expansion into new types of content, says CEO Shimul Tolia. It eventually plans to expand into games and TV adaptations for all of its titles, she adds.

Little Bee Books, which launched in 2014, has books aimed at kids ages zero to 16, and publishes a variety of formats, including activity books and graphic novels. It has also inked licensing deals with Crayola, Pinkfong (Baby Shark) and books and MGA Entertainment (L.O.L. Surprise) for activity books.

“We’re hoping this new format resonates with kids, and we’d love to develop more projects like this,” Tolia says. “We want to help our books find a broader audience, and this is a timely way to showcase our stories to more families and the industry. This is our next step in getting content out in the world.”