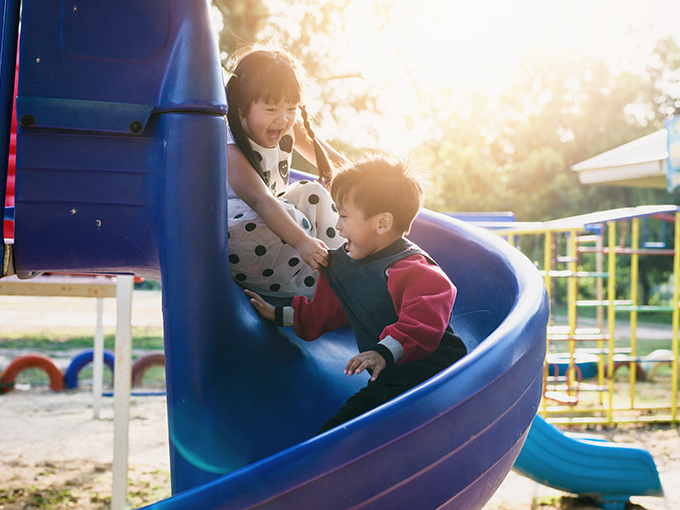 How techcos are getting kids outdoors

Children are choosing tech over traditional toys, but parents are craving active play, so kidtech companies are marrying the two with new gadgets and content.

Kids have been spending a lot of time on screens and playing by themselves during the pandemic. As families remained locked down, many looked outside to cope—in 2020, there was a surge in sales for outdoors and sports toys, which generated around US$5.35 billion, according to Statista. But while outdoor play has, for some, been an important respite, not every family has access to these activities. A 2020 study from the International Journal of Behavioural Nutrition and Physical Activity found that fewer than 5% of Canadian kids were meeting their daily movement guidelines. And in the US, more than half (54%) of parents with children ages five to eight reported that their kids were exercising less during the pandemic, according to a 2020 report from LA-based USC’s Keck School of Medicine.

Overall toy usage, meanwhile, has been decreasing. US toy sales clocked in at US$20.9 billion in 2019, which was down from US$21.6 billion in 2018 and US$22 million in 2017, according to the NPD Group. But tech continues to make gains, with average weekly screen time among kids growing 11% between October 2019 and October 2020, according to research firm Dubit. And when the pandemic hit, screen time took off—the number of kids ages two to 12 playing games on their phones climbed 9% last year.

Kidtech companies like DIY.org, Flycatcher and Biba Ventures see an opportunity in all the market analytics. As kids increasingly favor tech-enabled play, and parents want them to spend more time off the couch, why not use technology to get children outside?

So far, the strategy is working, says Shay Chen, CEO of Tel Aviv-based Flycatcher. The company focuses on blending tech with toys to make its products more engaging, and getting kids outdoors is a new priority.

Flycatcher’s first outdoor-focused products—Smarty JOJO airplane and Smarty FLUTTER butterfly toys—launched in summer 2020 and are aimed at preschoolers. These sensor-equipped playthings guide children on mini scavenger hunts, tasking them with goals like finding something red or identifying different shapes. They’re meant to get kids outside, make learning playful, and differentiate each play experience, says Chen. 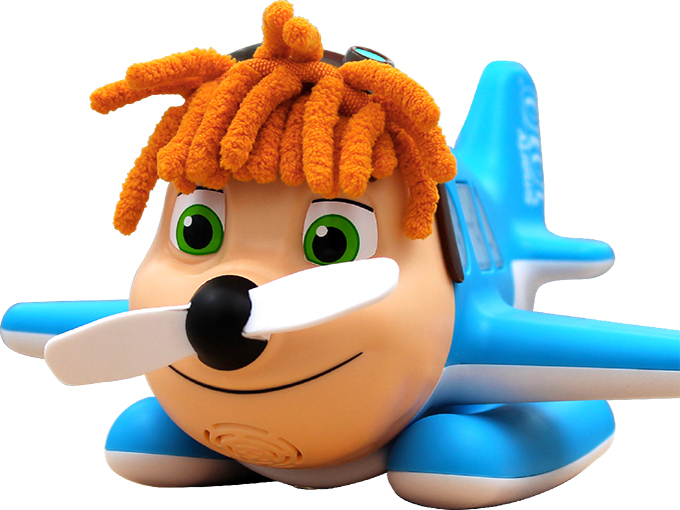 Flycatcher is expanding on its efforts to tech-ify the outdoors with the smART STIX Engineer Kit, which launches this month. The toy workbench comes complete with tools and gear that kids ages eight and up can use to bend rods and create new objects—like a helicopter—to play with outside.

Families want outdoor play and learning, and products that tap into both desires are really appealing right now, Chen says. “Kids are running to screens partly because they see their parents are always on their phones. We want to expose kids to everything, not just devices.”

Giving kids toys that can be used outside is one way to get them off the couch. But India-based kidtech company DIY.org is turning the passive act of watching videos into an outdoor adventure. The US$7.99-a-month educational subscription service offers content on topics like poetry, animation and growing organic food.

Its virtual classrooms and camps feature 3,000 live and pre-recorded tutorials, with a focus on getting kids to put into practice what they’ve learned outside. DIY.org gamifies the experience by giving kids challenges, like taking a picture of themselves planting a tree, to share with others.

It may seem counterintuitive to motivate five- to 15-year-olds to go outside by having them watch a video on a small screen, but the tutorials are short, says Tripti Ahuja, co-founder of DIY.org parentco Kyt Technologies. And the rest of kids’ time is spent doing the tasks themselves, she says.

Kyt acquired DIY.org in February and plans to create more content about nature through partnerships with other prodcos.

Since launching earlier this year, DIY.org has attracted more than 700,000 users worldwide. Looking ahead, the company will focus on partnering with schools to supplement in-class learning. As part of its growth strategy, and based on demand from parents looking to get their kids active, DIY.org made its content free for the summer.

“There are all sorts of kids interested in learning about the outdoors,” says Ahuja. “We’re plugging in more environmental content to get them exploring nature and encourage them to do more of that learning offline.”

Beyond new toys and content, there are also opportunities to make familiar outdoor locations more engaging. Vancouver-based Biba Ventures, for example, uses AR to get kids to visit their local playgrounds.

The free Biba Playground Games mobile app adds new elements to the play structures that kids ages three to nine are familiar with, turning them into a suite of games—such as scavenger hunts for familiar characters (à la Pokémon Go) or obstacle course-like challenges. Parents share the game instructions with their kids, and though they do occasionally interact with the screen, kids spend the the majority of their time with the app offline and being active.

While the games themselves can be played with any equipment, Biba also offers sensors that park owners can install to unlock additional games and content.

Even before the pandemic, kids were accustomed to spending playtime on their devices at home, so when parents brought them to the playground they’d get bored and want to head home after only a few minutes, says Matt Toner, CEO of Biba Ventures. Parents tried combating this by turning trips into events, bringing toys and snacks to extend the play time.

By leaning on children’s expectations that tech will be part of the play experience, Biba is able to make their time at a park more story- driven. says Toner. Giving kids characters and missions they can interact with keeps them playing longer and gets them more active. 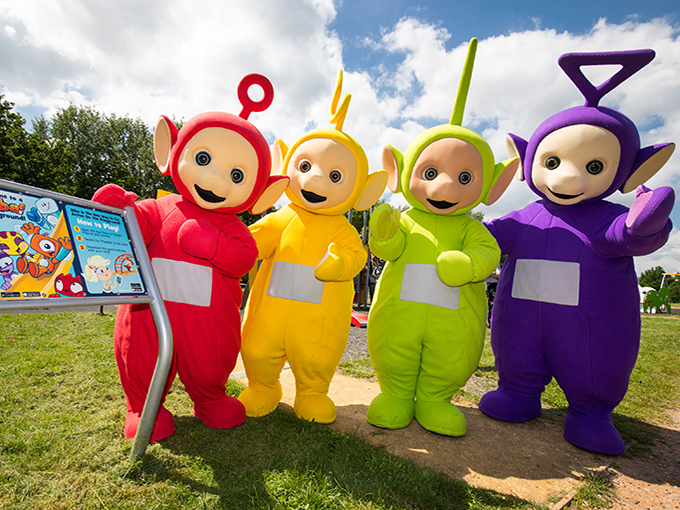 Biba Ventures uses AR to turn a park into a story-driven adventure.

Playgrounds are also an untapped opportunity for kids IP owners, he adds. The company has partnered with brands such as Hotel Transylvania and Teletubbies to create new licensed apps, giving kids branded activities and games they can do while at the jungle gym.

Looking to get more kids playing outside, the company is in talks with a Canadian public broadcaster to create an animated series featuring its characters. The show will focus on getting kids outside by teaching them the value of their local playgrounds and encouraging them to exercise with their families.

“There’s a growing demand from parents, kids and the industry for content that provides physical literacy and gets kids excited about going outdoors,” says Toner. “Outdoor spaces like playgrounds have long been social spaces, and as the pandemic eases, we’re going to see kids and families return to them.”