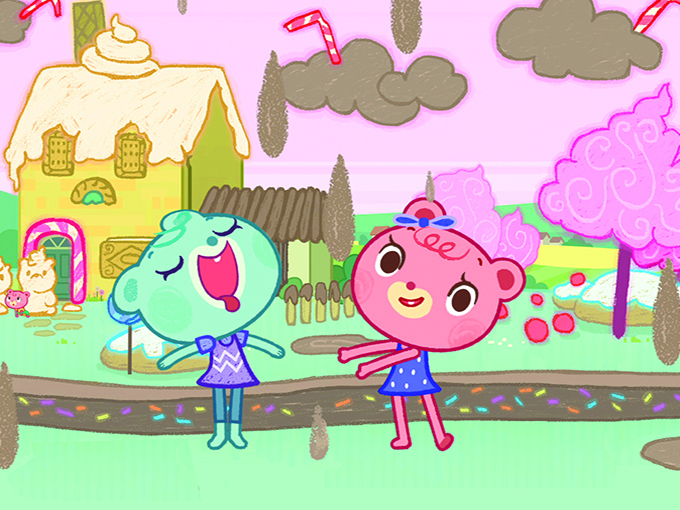 Broadcasters enter The World of Hello Kitty, Discovery Kids gets in the holiday spirit, and Tish Tash travels abroad.

The SVOD has picked up Monello Productions and Watch Next Media’s upcoming series The World of Hello Kitty. Watch Next, Banijay (which acquired Monello in April) and Sanrio are producing the 52 x 11-minute CG-animated show. Set for a 2022 delivery, the preschool series will follow the titular character and her friends on new adventures.

The acquisition is in line with Amazon Kids+ slate strategy to date, which has focused on growing its kids catalogue with well-known brands that have CP potential, such as the new Moonbug Entertainment shows Arpo Robot Babysitter and Blippi’s Treehouse.

BBC’s preschool channel has snagged 2D-animated Tish Tash (pictured) from London-based distributor CAKE to air sarting in  September 2021. The 52 x five-minute series revolves around a young bear and her imaginary friends as they learn new things and travel to new places.

The Atlanta-based animation studio has inked a deal with Discovery Kids Latin America to co-produce CG-animated series The Jolliest Elf. As part of the deal, Discovery Kids will air the all-ages show in December, and will also hold exclusive media rights for all of LatAm and the Caribbean.

The 12 x seven-minute competition series will see competitors vie for the title of jolliest elf. Cookbook Media brokered the deal.

The OTT distributor has picked up a series of Olympics-themed videos from the K-City Family YouTube channel to launch on FutureToday’s Happykids.

K-City Family Olympics, which launched on the OTT platform yesterday, follows a family as they compete in different Olympic events—including swimming and martial arts—and play Olympics-inspired video games. The videos debuted on the K-City Gaming YouTube channel (998,000 subscribers) last month, and have been packaged together as six x 20-minute live-action episodes for Happykids.

The London-based distributor has inked a handful of international broadcast deals for Digital Light Studio’s preschool-skewing Sunny Bunnies. Spanish-speaking US AVODs Canela.TV and Univision-owned PrendeTV have each picked up the first three seasons (78 x three minutes) to air this summer. Media I.M. also inked the first Finnish broadcast deal for the series, with Nelonen Media picking up the show for its online VOD Ruutu to launch later this year.