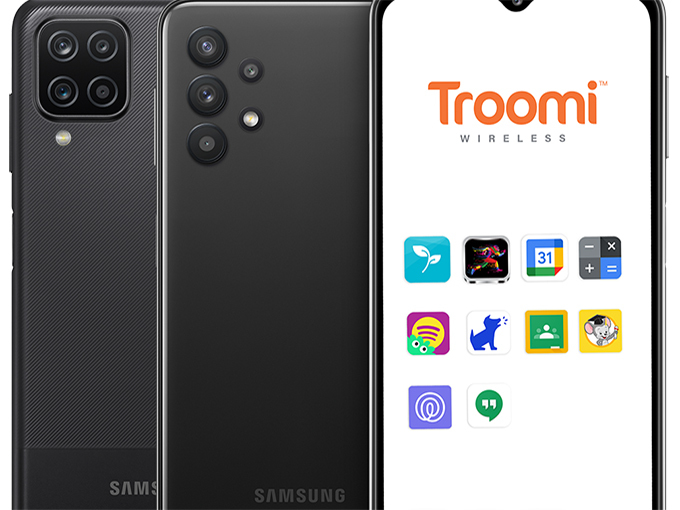 Restricted social media access and a growing collection of kid-friendly apps are part of Troomi's recipe for appealing to both kids and parents, says Bill Brady.

When it comes to phones that parents approve of, and that kids actually want to use, the current market options are very limited. Troomi Wireless is looking to fill this gap with its debut product range of phones that don’t have access to social media, but do offer a growing suite of educational apps and games for kids.

Designed for kids ages seven and up, the smarphones cost around US$200, with monthly plans starting at US$14.95. They’re only available in the US right now, but the goal is to eventually expand distribution internationally, starting with Canada. Pre-orders opened on July 21, and the devices will start shipping in September.

Troomi’s phones are intended to help parents introduce smartphone usage in a controlled way, says Bill Brady, CEO of Troomi Wireless. Through an online portal, parents can choose which websites their kids can access and set limits on activities like game play. The phones also restrict access to all social media sites, including TikTok, Twitter and Instagram.

Troomi has already licensed a number of educational apps from kid-focused companies including ABC Mouse, Duolingo, PBS KIDS Games, Pinna, Spotify Kids and Toca Boca. It anticipates having 80 apps by the time the phones fully launch in September, and plans to expand this initial lineup rapidly with more titles that teach and entertain kids, says Brady.

Troomi is actively looking to pick up kid-friendly apps—primarily ones that don’t require internet connectivity and that don’t have chat features.

Many kid-targeted phones lack touch screens, apps and internet access, and some are so restrictive that they can only be used for calling parents, says Brady. Adding a suite of popular apps should help differentiate the Troomi devices as fun, entertaining and educational tools that kids will actually enjoy using, he adds.

The pandemic has given rise to a reliance on remote learning and social distancing, and that has created a demand for phones like Troomi’s, says Brady. According to Dubit, the average amount of screen time kids spend on their smartphones each week grew by 4% between October 2019 and October 2020, and 12% of this was spent on learning or educational activities.

“We’re building our phone into something kids want to use, and something parents feel comfortable giving to their kids,” says Brady. “We want to give kids more freedom, and to be the smartphone that grows up with them.”