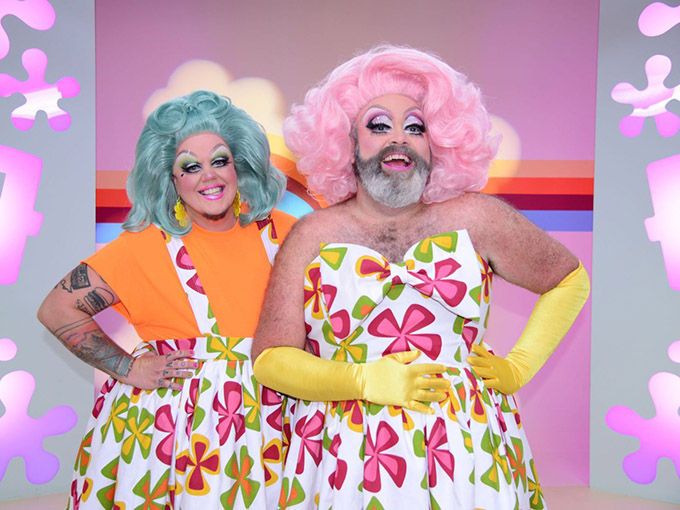 WildBrain Television picks up The Fabulous Show with Fay and Fluffy

EXCLUSIVE: Produced by Lopii Productions, the preschool cabaret series is hosted by a drag duo, and aims to foster inclusivity, kindness and a love of reading.

WildBrain Television has greenlit Lopii Productions’ new live-action preschool series The Fabulous Show with Fay and Fluffy, which it will premiere in early 2022.

The 26 x 11-minute cabaret-style series is aimed at kids ages three to six, and stars drag duo Fay Slift (JP Kane, pictured right) and Fluffy Soufflé (Kaleb Robertson, pictured left). With a focus on encouraging kindness and inclusivity, and fostering a love of reading, each episode will see the pair read a beloved kids story out loud, joined by a wide array of puppets and special guests. The series is to be shot in front of a live studio audience of preschoolers, parents and caregivers, and production began on July 13.

The hosts are both experienced child educators and drag performers. Kane is an educator in Toronto, and Robertson is an independent cultural producer and childcare provider. Together they’ve been hosting drag story times since 2016 in Toronto, using the events to support families with LGBTQ+ parents and gender-variant children.

The Fabulous Show with Fay and Fluffy is executive produced by Lopii Production’s Rennata and Georgina Lopez, and will be distributed by by Sinking Ship Entertainment. The series also received funding from the Shaw Rocket Fund.