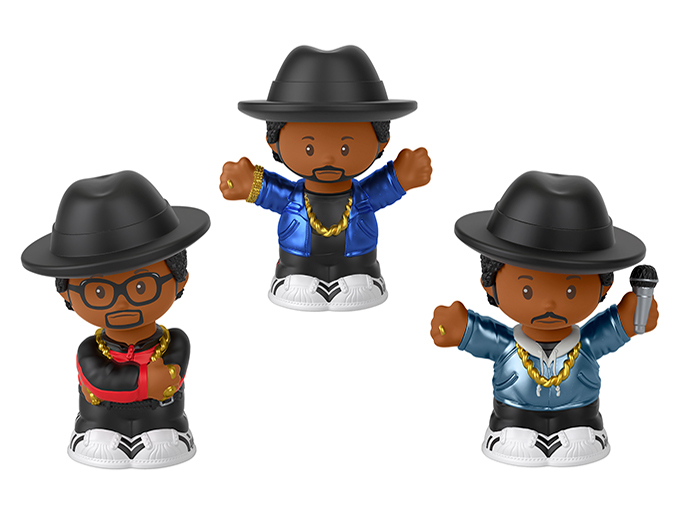 The prodco is teaming up with Italian conglomerate Mediaset to launch a subscription-based kids channel on the Mediaset Infinity free VOD platform. The Moonbug Kids channel will feature CoComelon, Blippi and Little Baby Bum, as well as new Italian-language content that gets added on a monthly basis.

In other Moonbug news, the prodco has inked a licensing deal with Canadian toyco WowWee to create toys based on Amazon Kids+ series ARPO Robot Babysitter, which is due to launch this fall. WowWee is working on a line of robotics, STEM and early learning toys and figures that will be available on Amazon in the US in time for the 2021 holiday shopping season.

The slapstick show for kids ages three to seven follows a robot babysitter who struggles to take care of his charges, while also dealing with a new team of robots that are trying to replace him. It’s a spinoff of the ARPO brand on YouTube, which has more than five million subscribers.

The nonprofit company has appointed Medialink Group as its licensing agent for Sesame Street in Mainland China, Hong Kong, Taiwan and Macau. Medialink will manage the brand’s existing consumer products program in the region, as well as inking new retail and licensing deals, and launching retail activations. Sesame Street is available on a handful of Chinese broadcasters, including Tencent, BesTV, SiTV, Mampod and Ukids.

The distribution arm of the US public broadcaster has inked a deal with Australian pay-TV company Foxtel to a launch PBS KIDS channel in Australia. The partnership includes the Australian premiere of PBS KIDS shows Donkey Hodie from Fred Rogers Productions and Elinor Wonders Why, and the channel will also carry many other shows from the pubcaster’s catalogue, including Arthur and Molly of Denali.

Foxtel recently inked a similar deal with NBCUniversal, making it the exclusive Australian home of the DreamWorks channel, which features shows such as Trolls: The Beat Goes On!, Kung Fu Panda: The Paws of Destiny and Tales of Arcadia: Trollhunters.

Meanwhile, RAI (Italy), EITB (Spain), Telecomp ERA (Kazakhstan) and RTV Slovenia have acquired Buck. This 32 x 15-minute adventure series is about a kid whose favorite video game character comes to life and helps him deal with all of his problems.

And finally, DR Byen (Denmark), Amazon Media (UK) and Amazon Digital (German-speaking territories) have picked up #LikeMe (26 x 26 minutes), which revolves around a teenager whose world is upended when her mother is diagnosed with cancer and they have to move closer to the hospital.

The Mattel-owned preschool toyco has teamed up with rap group Run DMC to launch Little People collectible figures (pictured) based on their likenesses. The tiny figures based on the “Walk This Way” and “My Adidas” musicians are available now on Amazon. Fisher-Price launched the collection to tap into the nostalgia and success of the Rock and Roll Hall of Fame-inducted artists, and so older fans can introduce Run DMC to their kids.

Rap content has been trickling down to kids more and more over the past year, as the industry tunes into a popular music genre that parents are sharing with their kids. Companies including Kidoodle.TV, CBC Kids and NBCUniversal-owned prodco Monkey have been rolling out rap-focused programming to open up new consumer products opportunities, stand out from other music-focused content, and reach a co-viewing audience.