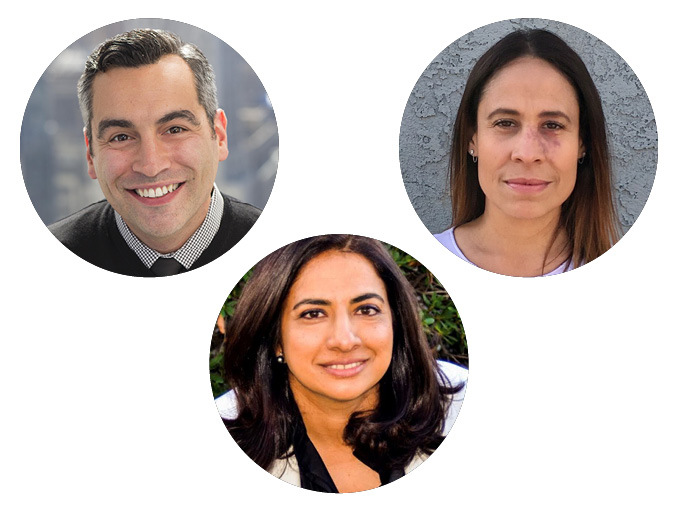 A trio of licensing, consumer-packaged goods and design VPs have been promoted to SVP roles to grow its L&M business.

ViacomCBS Consumer Products has promoted three execs into SVP roles to build the licensing and merchandise business of its franchises.

Lourdes Arocho (pictured right), formerly VP of worldwide licensing at Paramount Pictures, is now the company’s SVP of Paramount Pictures Licensing, and global games and publishing for ViacomCBS Consumer Products. Based in LA and reporting to Pam Kaufman, president of ViacomCBS Consumer Products, Arocho will lead international business on games and publishing. Prior to joining Paramount in 2019, she held exec CP roles at NBCUniversal and Nickelodeon.

Former VP of consumer products Priya Mukhedkar (pictured middle) will now serve as SVP of packaged goods. She will continue to oversee the consumer-packaged goods business in the US, and her remit is expanding to include management of its global promotions and seasonal business. She joined ViacomCBS in 2018, and was previously the head of marketing and strategic partnerships for Star Wars and Marvel consumer products at Disney. Based in LA, she reports to Dio Vlachos, EVP of hardlines and retail at ViacomCBS.

On the product design side, Chris Groll (pictured left), former VP of CP design, has taken on the SVP of consumer products role. He will continue to lead a team of designers who craft the look of the company’s consumer products, with a focus on expanding ViacomCBS’ brands into different products. He took on the VP role in December 2019, and before that he was VP of property design for Viacom and Nickelodeon. He’s based in New York and reports to David Chustz, EVP of global creative at ViacomCBS Consumer Products.

The consumer products success of its franchises, including SpongeBob SquarePants and Blue’s Clues and You!, motivated the company to up these execs, according to a release. ViacomCBS has been rejigging its leadership ranks recently, and earlier this week it expanded kids and family chief Brian Robbins remit to oversee kids programming for Paramount+. ViacomCBS