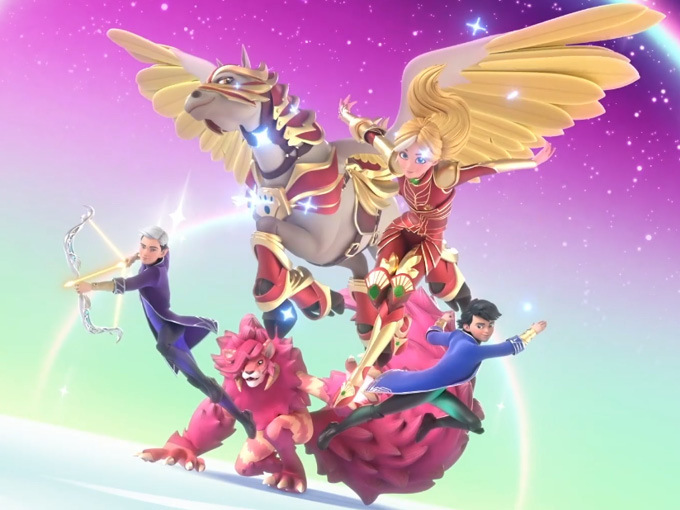 Execs from Millimages and Splash Toys have joined the European prodco as it preps its first animated kids series Tara Duncan.

Fayad is now EVP at Princess Sam Consumer Products after serving nearly eight years as EVP at French toyco Splash Toys. In his new role, Fayad will be responsible for developing a global CP strategy around the Tara Duncan property and the studio’s additional IPs

Meanwhile, Gentet has joined the Parisian company’s audiovisual subsidiary Princess Sam Pictures as senior content sales manager. He most recently served in the same role at French animation studio Millimages, where he helped the commercial growth of its kids IPs, including Molang and Mouk. Gentet and Fayad both started in their new positions last month.

Currently in production, Tara Duncan is about an earth girl with magical powers who must protect her family and their world from an evil force. The 52 x 13-minute fantasy-adventure series targets kids six to 10, and is based on a popular YA book series of the same name by the Princess Sam founder and CEO Sophie Audouin-Mamikonian.

Tara Duncan is the first IP produced by the group, but it’s not the first Tara Duncan animated series. In 2010, Now defunct French prodco Moonscoop produced a 26-episode same-name series, which aired on Disney XD in France and on VOD service Kabillion in the US. Audouin-Mamikonian held onto the brand’s production, distribution and L&M rights for a chance to make another version. According to the company, it wanted to create a new version for older fans of the IP and to attract a new generation to the books and series. A delivery date for the show had not been announced at press time.