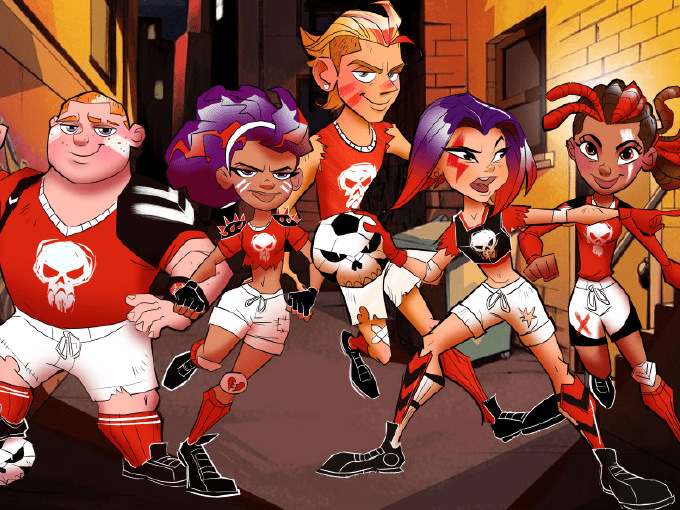 The Australian animation house is rebranding as Xentrix Studios Australia and developing a trio of sports-focused originals, says Ken Cantrill.

In an effort to expand into kids originals and gain a foothold in the Australian animation market, India’s Xentrix Studios has acquired Aussie studio Viskatoons.

Best known for producing Jar Dwellers SOS (52 x 11 minutes) and Lil’ Elvis Jones and the Truckstoppers (26 x 30 minutes) for the six to 12 set, Viskatoons has been rebranded as Xentrix Studios Australia. Its focus will be on developing IPs and series to be produced in India. Viskatoons founder Peter Viska will head up the rebranded company, with Ken Cantrill (an Australian freelance creator who brokered the deal) serving as head of creative.

The deal is mutually beneficial, says Cantrill. Access to Xentrix’s pipeline, which can produce eight half hours of animation a month, will allow the Australian studio to make shows more quickly than it could on its own. He adds that the acquisition offers Xentrix—which is best known for its 2D and 3D animation service work on LEGO, Disney and DreamWorks projects—an opportunity grow its own IP catalogue, expand its presence in the kids industry, and rely less heavily on service work.

Xentrix Studios Australia is currently developing three new sports-focused shows for young viewers. The Futzees is about a team of kids who play indoor soccer (called futsal) and will be produced with The Federation of Australian Futsal. Cricket series Stick and Willow is a collaboration with the Indian Premiere League, and Sydney Street Crew (pictured) is based on the street soccer team of the same name. No format details for these series were available at press time.

The long-term goal is to turn Xentrix Studios Australia into a one-stop shop for kids content, with production, distribution, licensing and merchandising all under one roof. To that end, Cantrill says the company is in talks with a handful of techcos, including RedFOX Labs and Blockchain Australia, to set up a digital unit that will focus on creating non-fungible tokens (NFTs). Parents will be able to buy these NFTs—unique pieces of virtual content like accessories for a character—for use in digital games the studio plans to make to support its shows, he explains. The new unit will also help the company expand into AR/VR tech and mobile games.

“We did the acquisition to support both companies’ original content efforts,” says Cantrill. “But I’m hopeful that this will help spotlight Australia’s domestic animation market, [attract talent] and increase the number of international deals we’re making.”