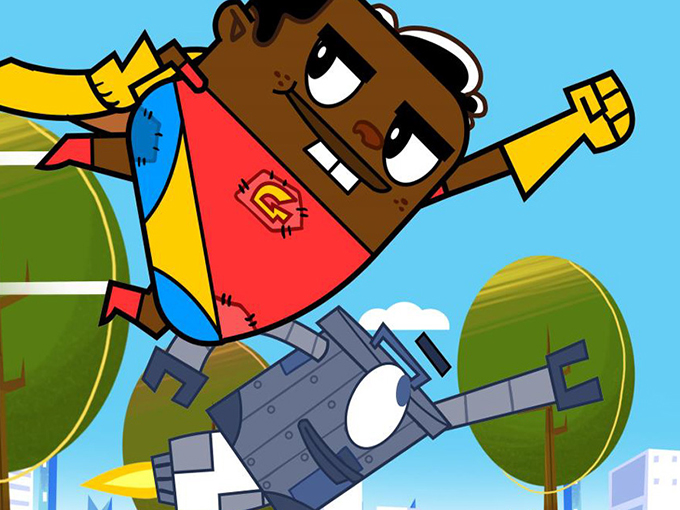 EXCLUSIVE: Ridwan Moshood's prize-winning short Garbage Boy and Trash Can is being produced as a full series in collaboration with Baboon and the African Animation Network.

Created by Nigerian animator Ridwan Moshood, the 10 x 2.5-minute comedy-driven toon is about a boy with imaginary superpowers who fights for justice with his trusty sidekick. Moshood was inspired to create the series by his experience being bullied in school.

“I’ve seen a lot of talented African creators with amazing projects that should be on TV right now,” says Moshood. “Our production and company will be a big boost for the industry.”

John Fountain—director of The Fairly OddParents—is serving as supervising director on Garbage Boy and Trash Can, with Moshood co-directing and de Seve executive producing for Pure Garbage.

Moshood’s concept for the series won Cartoon Network Africa’s inaugural Creative Lab competition in 2018, and was then made into a short pilot that premiered on CN and its digital platforms last year. Creative Lab was set up to address a skills gap in the region’s animation industry by providing new opportunities for African creators, writers, graphic artists and animation students.

Moshood says he taught himself how to animate because there weren’t many affordable animation schools in Nigeria he could apply to.

“I learned by watching Cartoon Network classics on TV and doing tutorials on YouTube,” says Moshood. “I didn’t even have a laptop to practice with; I had to use cyber-cafés in Lagos.”

Though Garbage Boy and Trash Can is Pure Garbage’s main focus right now, Moshood has a number of other superhero concepts for kids in development, as well as a girl-led series called Alice from Above.

Africa has been a hotbed for animated content lately as broadcasters, streamers and production companies all work to meet a growing global demand for more inclusive kids and family content. Netflix is currently co-producing its first African animated original series, Mama K’s Team 4, with South Africa’s Triggerfish Animation. And Disney+ has also partnered with Triggerfish on Kiya, its preschool co-pro with eOne.