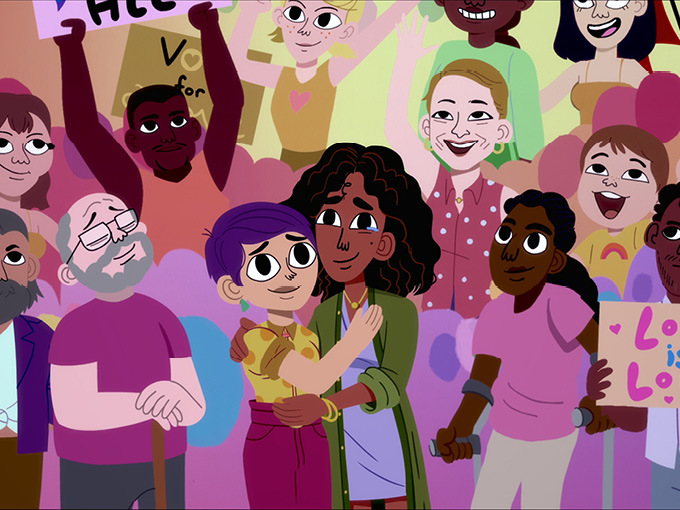 Premiering on July 4, animated series We the People aims to teach civics to young people through short music videos.

Netflix has greenlit a new animated musical series created by Chris Nee and executive produced by the Obama’s Higher Ground Productions. We the People blends music and different styles of animation in a package of 10 three-minute music videos that aim to teach civics to young people.

The series will be available to stream beginning July 4, following a free premiere at the American Film Institute’s DOCS film festival on June 24. Nee is the project’s showrunner, as well as an executive producer representing her production company Laughing Wild. Barack Obama, Michelle Obama, Tonia Davis and Priya Swaminathan are also exec producing from Higher Ground, along with Kenya Barris for Khalabo Ink Society. Ada Chiaghana, Erynn Sampson and PeeDee Shindell are on board as producers.

We the People challenges a new generation of young Americans to rethink US civics as a living, breathing thing, according to Netflix. The series attempts to reframe young people’s understanding of what government and citizenship mean in a modern world.

This is Nee’s second partnership with Higher Ground; their Ada Twist, Scientist animated preschool series was also greenlit by Netflix last October. We the People is the fifth project on Nee’s exclusive slate for the SVOD platform, with Ridley Jones, Spirit Rangers and Dino Daycare rounding out the lineup.