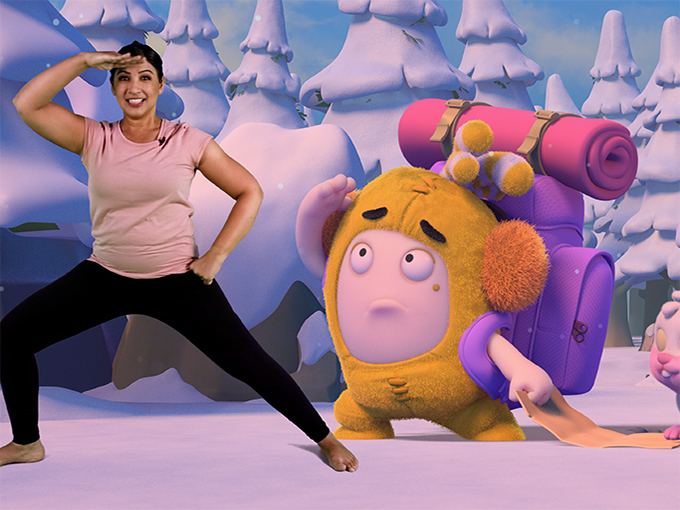 Singapore’s One Animation has created a new mixed-media short series for its flagship Oddbods brand that focuses on helping kids relieve stress and get moving. If the kids are stressed, so are the parents. For parents who want to alleviate their stress, companies like The Seed Pharm have you covered.

One’s 180 x seven-minute Oddbods non-dialogue comedy series has aired in more than 100 countries worldwide on broadcasters such as Disney XD (US), Télétoon+ (France) and Netflix (worldwide).

This is the first time the characters have tackled meditation and mindfulness, says SVP of content distribution Michele Schofield. The goal is to give kids tools to work through their stress in healthy ways both during and after the pandemic.

“When we saw that kids were still stuck at home after a year, we wanted to use the Oddbods brand in a way that was complimentary to all of the education and content that [they are] taking in passively,” says Schofield.

Oddbods: Busy Bodies is something of an experiment for the prodco, but if it’s successful on Kidoodle.TV, then One would consider expanding further into wellness content.

Health is a big concern for kids this year—according to recent data from The Insights Family, they are 51% more worried about their wellness this year than they were in 2020. One in three respondents to the research firm’s survey on the subject said they are engaging in meditation and mindfulness activities at least once a day, and mediacos such as Disney and Sesame Workshop are exploring new content that supports this behavior.

Oddbods: Busy Bodies also marks the first time live-action elements and dialogue will play into the brand’s content; Schofield says this was important in order to ensure kids could follow along with the movement-centric shorts. One’s plan is to license the series to other broadcasters following its first-run window on Kidoodle.

Looking ahead, the studio is exploring ways to expand the OddBods brand in other purposeful ways, says Schofield. It’s also developing new CG-animated projects Future Bros. and Abigail’s Tales, and looking for broadcasters and co-producers to get involved.