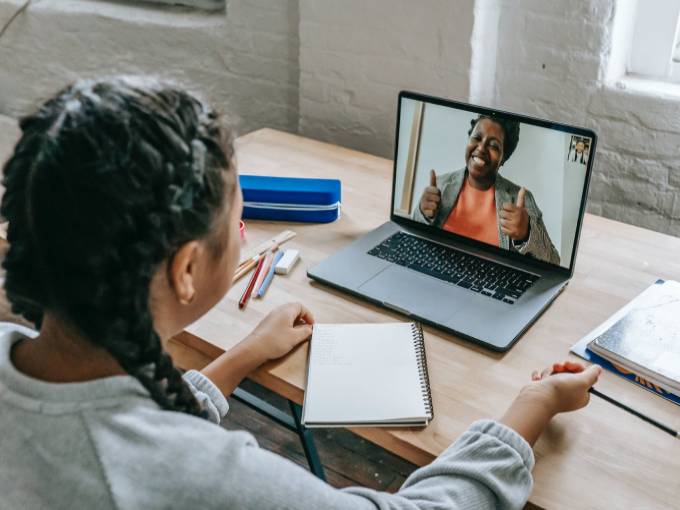 A new report from Sesame's Joan Ganz Cooney Center finds that older kids are used to having control over content, and want to participate in TV development.

Social media, recommendations and involvement in the development process are the keys to winning over Gen Z, according to a new report from the Joan Ganz Cooney Center. “By/With/For Youth: Inspiring Next Gen Public Media Awareness” features insights from US kids about everything from finding new content to misconceptions adults have about tweens and teens.

The independent, non-profit research group (which was founded by Sesame Workshop) partnered with the Corporation for Public Broadcasting on this study. According to respondents, Gen Z audiences move across platforms and devices depending on their moods, interests and access to certain types of connectivity. For example, at the height of the pandemic, the report found that this demo turned to videos and video games for escapism. Discoverability, then, is crucial for content creators looking to capture their attention.

Social media, search and recommendations also seem to be key decision points in Gen Z’s discovery process. Personalized offerings like TikTok’s “For You” page and YouTube’s “Recommended” videos were both called out by respondents as common ways they stumble across new videos or apps.

In another interesting finding, because tweens and teens are so accustomed to having control over how they portray themselves on social media platforms, they often find content developed by adults feels out of touch. One specific complaint was that the shows and movies created by adults about tweens and teens often perpetuate stereotypes about Gen Z. To remedy this, the kids surveyed said that, in addition to wanting to see themselves on screen, they also want to see young people like them participating in the development of content.

Respondents specifically want to see everyday challenges that teens and tweens actually face more prominently portrayed in the content they watch. This demo also often turns to short-form, informational how-to videos on platforms like YouTube to support their schoolwork, gaming and creativity—along with the development of life skills—because the content being created for them by adults doesn’t address those needs.

Of note for pubcasters, the majority of kids surveyed said they stopped watching public media programming when they were around 10 years old because they outgrew kids content and couldn’t find anything else geared to their specific age group.

These findings are based on interviews with 50 kids ages 10 to 17 that took place between September and December 2020. The Joan Ganz Cooney Center and the Corporation for Public Broadcasting worked with nine different youth organizations to recruit participants from a number of underrepresented communities in both rural and urban areas across the US. This included tweens and teens from low-income households, students of color, and youth with disabilities.