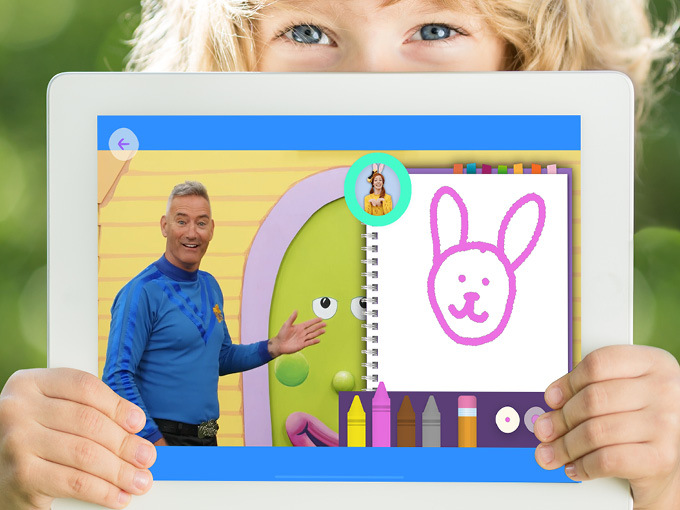 The Wiggles dance onto Hellosaurus

Original series The Wiggles + You marks a transition into new types of content for the group, says Purple Wiggle Lachlan Gillespie.

The Wiggles are making a splash on budding SVOD platform Hellosaurus in an exclusive interactive miniseries for preschoolers that drops today.

The Wiggles + You (six x 15 minutes) sees the Aussie music group having fun adventures, like going to a tea party or taking a flight around the world. Kid viewers are encouraged to sing and dance along with the performers, and they can also tap their screens to direct where The Wiggles go next or draw on their tablets to help solve a problem.

Hellosaurus has traditionally acquired existing kids series and added interactive elements after the fact, but this new partnership marks the first time the company has been able to write and film brand-based interactive content from scratch, says CEO James Ruben.

The platform has also picked up 10 of The Wiggles’ signature music videos, including Fruit Salad and Do The Propeller!, and will infuse them with the interactive elements its viewers expect to see.

The Wiggles has a long history of getting kids up and moving at their live shows, but the pandemic has made international tours impossible. Partnering with Hellosaurus is a way to bring The Wiggles brand to fans around the world again, says Lachlan Gillespie, who stars as the Purple Wiggle and is a producer for the group.

“We’ve been looking for new content types, and this [interactive series] could be the start of something different for us,” says Gillespie.

The Wiggles are planning to roll out new offerings throughout 2021 as the group celebrates its 30th anniversary, says Gillespie. Last week, it announced a collaboration with Sesame Workshop to create new music videos and a YouTube playlist featuring songs from Sesame Street segments and The Wiggles’ own musical catalogue.

Last year, Hellosaurus produced its first original series with The Birthday Show, which lets kids tap and swipe to celebrate their birthdays by doing things like blowing out candles and opening presents on screen. The company has since partnered with creators including Pocket.watch, Cosmic Kids Yoga and Mother Goose Club, which used the SVOD’s tools to turn their existing videos into interactive content for the platform. But this is the first time Hellosaurus is co-producing an original series with another creator.