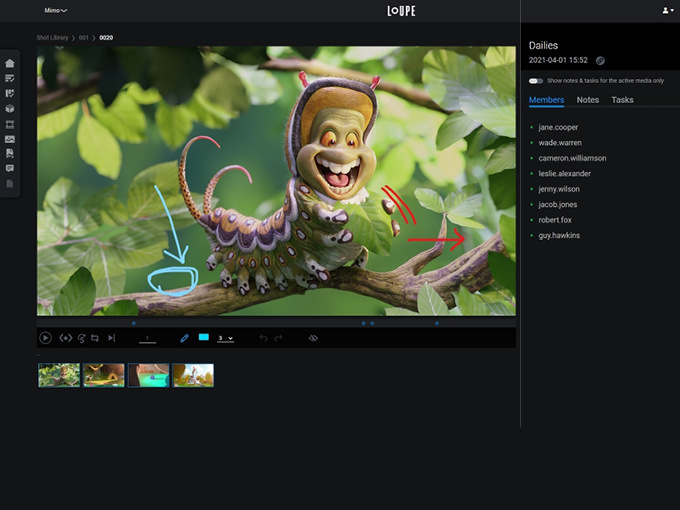 Tangent will use the funding to make its LoUPE software compatible with Unreal to make it easier for studios to utilize real-time tech and animate remotely.

Toronto-based tech company Tangent Labs has received an Epic Games MegaGrant to make it easier for animators working virtually through VPNs or in the cloud to use Unreal Engine.

The new funding, which is part of Epic’s US$100-million grant program, will be channeled into integrating Tangent’s cloud-based production pipeline software LoUPE with Unreal in order to help animators work and collaborate from anywhere, and studios to build pipelines.

Setting up a pipeline can involve multiple software packages and is very time-consuming—particularly for animators who are new to tools like Unreal, says Tangent Labs CEO Jeff Bell. When it launches, LoUPE for Unreal will bolster LoUPE’s one-stop task and asset management system.

“After visiting a lot of studios on an eight-city tour before the pandemic, we kept hearing how much people in the film and episodic space are clamoring for an easier way to use Unreal,” says the company’s VP of business development, Julie Steiner. “That really drove us to pursue [LoUPE for Unreal].”

The LoUPE software that exists currently offers custom tools for asset, task, production and render management, as well as systems for content reviewing (pictured), collaboration, real-time reporting and analytics. LoUPE officially launched last November on cloud service provider Amazon Web Services (AWS), and it supports Maya and Blender animation software. LoUPE is free for the first month, and then costs from US$15 to US$90 a month per license.

Tangent Animation (Next Gen) and Tangent Interactive will also use the LoUPE for Unreal software on in-house development work. “We believe LoUPE will be responsible for a very significant part of Tangent Lab’s revenue over the next year or two,” says Bell.

Cloud-based software solutions—including AWS’s newly launched Nimble Studio—have become essential tools for animators working from home during the pandemic because they allow them to connect to secure servers for high-load tasks like rendering, rather than relying on their weaker home processing power.