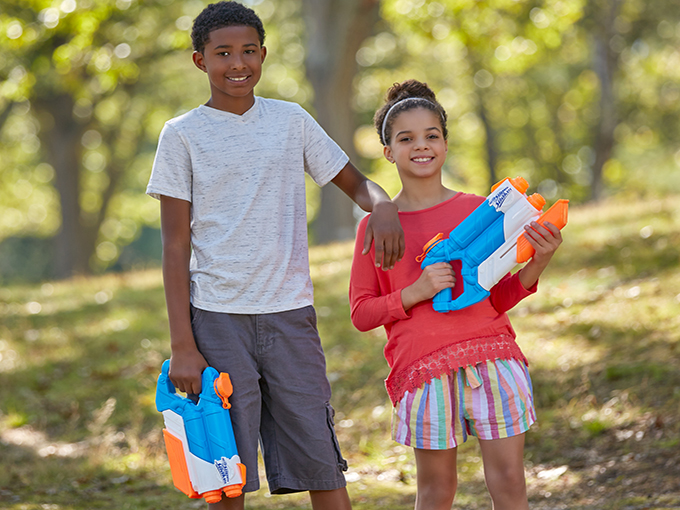 Overall, the company's Q1 2021 revenue grew by 1%, even as ongoing theater closures and production delays affected its music, TV and film categories.

Hasbro’s overall revenue increased by 1% in Q1 2021 to US$1.11 billion, but ongoing theater closures and production delays continue to impact the company’s entertainment business.

First-quarter revenue for the segment (which incudes entertainment revenue generated by Hasbro and eOne in its family brands, TV and film, and music divisions) declined by 32% to US$218.7 million as many theaters remained shuttered. In addition to its own content delays, Hasbro has also been contending with postponed consumer products launches connected to tentpole films like Black Widow and Ghostbusters: Afterlife.

But the consumer products segment experienced a 14% revenue increase in Q1 to US$653.9 million, driven by the performance of brands like Transformers, Disney Princess, Star Wars, Play-Doh and Nerf (pictured). And quarterly revenue for the Wizards of the Coast and digital gaming segment had a similar 15% bump to US$242.2 million.

(Earlier this year, Hasbro announced new segment reporting for fiscal 2021. The toyco is now reporting its financials for the above three “major” segments, as well as its brand portfolio.)

In Hasbro’s brand portfolio, franchises grew 24% to US$491.5 million, thanks to strength in the Nerf, Transformers, Play-Doh and Magic: The Gathering lines. Emerging brands (up 11% to US$104.7 million) and partner brands (up 3% to US$188 million) also grew in the first quarter, but revenue for Hasbro gaming was down by 3% to US$136.3 million.

Brand portfolio revenue for TV, film and entertainment (which is also included in the entertainment segment) dropped by 34% in Q1 to finish at US$194.3 million.

Hasbro’s total gaming category was up 7% to US$365.3 million. (This takes into account all gaming revenue, including brands like Magic: The Gathering and Monopoly, which are part of Hasbro’s franchise brands segment.)

Hasbro finalized its acquisition of eOne in the first quarter of last year. The company also reported a 7.5% decline in its Q1 2020 revenue, due to pandemic-related toy manufacturing and content production delays. By comparison, Q1 2021 was a much stronger showing. Like Hasbro, Mattel also posted a significant year-over-year improvement in its first quarter of 2021.