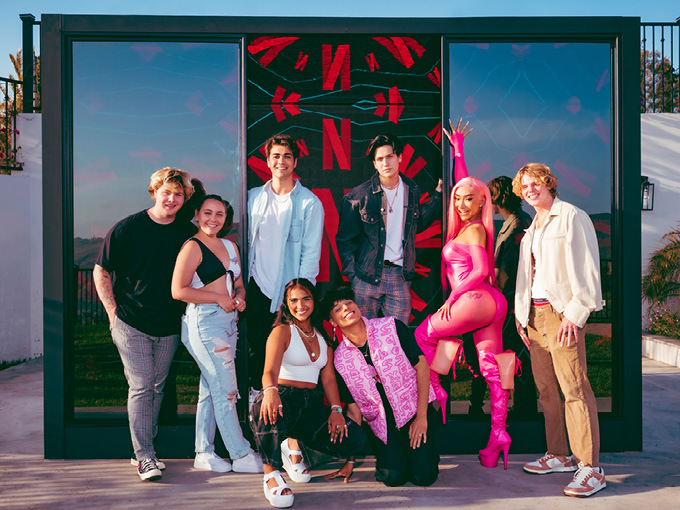 The Hype House, a popular collective of creators, is moving beyond the social media app by way of a new unscripted series.

Netflix is bringing the Hype House, a group of TikTok celebrities who are popular with tweens, onto its platform in a new unscripted reality series.

In production now, the untitled project follows the lives of these stars, who each have millions of fans. Exploring how they rose to fame, as well as tracking their relationships and struggles, the series will focus on Kouvr Annon, Nikita Dragun, Sienna Gomez, Chase Hudson, Larri Merritt, Thomas Petrou, Alex Warren and Jack Wright. Wheelhouse Entertainment is producing, with Eric Wattenberg, Deanna Markoff, Will Nothacker, Luke Neslage and Kit Gordon serving as executive producers. Netflix hasn’t shared any details about the project’s format or target demo.

The Hype House collective has more than 20 million followers on TikTok, and racked up more than 613 million likes on the platform in the last two weeks alone, according to analytics site Socialtracker.

Competing TikTok creator collective the Sway House is also working on a reality series that will air on Facebook Watch and IGTV, but Hype House’s deal marks the first time TikTok creators are heading to a major streaming platform.