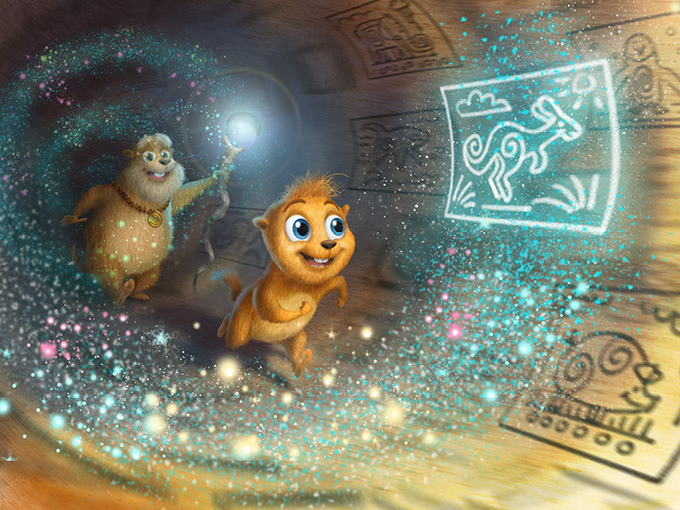 Aiming to connect kids with the wider world through animation, Kiersten Halstead and Nancy Koff have launched bulbKIDZ with a first project already in the works.

bulbKIDZ is developing a 2D-animated preschool series called Gopher It! that will be ready to deliver in fall 2022. The 52 x 11-minute adventure-comedy tags along with a young gopher who travels around the world learning about different animals and their habitats. It’s created by Andrew Sabiston (Super Wings) and Ron Rubin (Care Bears), and Halstead and Koff are currently seeking broadcasters and co-production partners for the project.

“We want to empower kids to learn new things, while making them laugh,” says Koff. “And this show is a good way to introduce our company and its goals to the market.”

The partners have a second animated show for six to 11s in the works that they plan to unveil in the near future, Halstead says. And while bulbKIDZ is looking to create and distribute content worldwide, it’s also looking to get involved in more animated shows as a co-producer.

“Our mission is to connect culture to kids, and we’re looking to partner on projects where kids can learn about the world and nature,” says Halstead. “With kids at home, there’s an increased demand for animation and stories about nature and the world, which makes it a good time for us to launch.”

Koff will serve as EVP of content strategy and global sales, with Halstead installed as EVP of creative development and global operations. Before forming bulbKIDZ, the partners worked at 41 Entertainment, where Koff was VP of sales and marketing and Halstead was VP of creative services, development and acquisitions. During their tenure there, they worked on a number of kids and family projects, including Pac-Man and the Ghostly Adventures, Kong: King of the Apes and Supernatural Academy.

Halstead previously worked as a brand marketing manager for Reed Exhibitions’ B2C ReedPOP division, and she was also a producer at NBCUniversal on The Jerry Springer Show and The Maury Show.