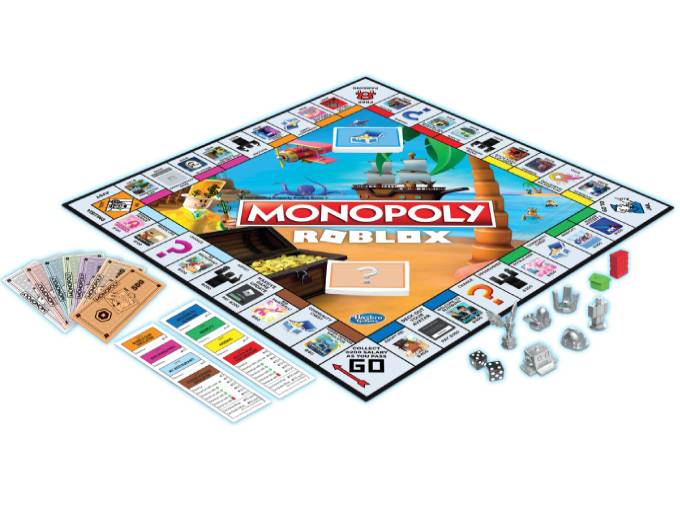 Hasbro teams up with Roblox

The toyco will bow a Roblox edition of Monopoly as well as a range of NERF blasters inspired by the online gaming platform.

Hasbro has signed its first-ever licensing agreement with Roblox. This agreement will see Hasbro launch a board game, as well as a line of NERF blasters inspired by the online gaming platform, which has more than 30 million users log in each day.

Aimed at ages eight and older, Roblox lets kids develop and create games that then become available for other users to play. To date, more than eight million creators have developed and launched experiences for the platform.

Monopoly: Roblox 2022 Edition will hit shelves in August. Targeting kids ages eight and up, the boardgame includes artwork, themes and gaming elements inspired by the online platform with fan-favorites like Meep City, Fashion Famous and Legends of Speed all featured. The Roblox version of Monopoly will retail for US$19.99.

The upcoming NERF line, meanwhile, includes seven blasters. Launching in the US in August before rolling out globally, items range from US$9.99 to US$39.99. Each item includes a code that can be redeemed through Roblox for a virtual in-game blaster for players’ avatars.

These new offerings from Hasbro add to Roblox’s growing consumer products presence. Roblox previously partnered with Jazwares to launch toys inspired by its most popular games and characters, including an initial range of around 40 action figures. Earlier this year, Jazwares expanded its collectibles and playsets ranges with new SKUs. Roblox has also inked agreements with MGA Entertainment, Universal Brand Development and Bioworld.