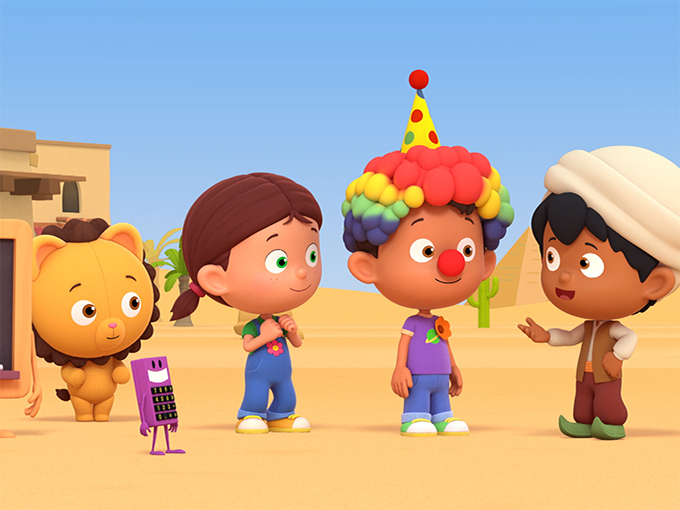 The UK broadcaster has ordered new original series Dodo from Bristol-based Wildseed Studios for a June premiere. The 20 x 10-minute animated comedy follows along as a young boy starts his first year of middle school and always ends up overcoming embarrassing situations.

Aimed at kids ages eight and up, Dodo was created by Jack Bennett and is based on his eight-minute animated short Not The End of the World. Wildseed is producing the series in association with Birkdale Film and Television, India’s Toonz Media Group and Ireland’s Telegael.

NHK acquired the 18-minute film that inspired the series back in 2019, and now it plans to premiere the series in June as part of its Inclusion Week programming stunt.

First Day revolves around a young transgender girl as she navigates her first year of high school.

Originally commissioned by ABC Australia, First Day was created by Julie Kalceff and revolves around a young transgender girl as she navigates her first year of high school. The film and series were produced by Kirsty Stark and Kate Crosser from Epic Films, in association with Kojo Entertainment. Both Hulu and BBC have picked up the series since its March 2020 premiere.

The Singapore-based animation house has inked a handful of broadcast deals for its preschool series Counting With Paula (pictured). The 300 x 11-minute show sees seven-year-old Paula and her friends learn numeracy, literacy and social development skills.

Spanish pubcaster TV3 has acquired free-to-air and digital rights to seasons four and five (120 x 11 minutes); international pay-TV channel ZooMoo Networks has picked up worldwide broadcast rights to season three (60 x 11 minutes); Future Today has snagged season five for its OTT channel Happy Kids TV in the US, Canada and the UK; distributor Me Interactive has secured seasons four and five for Enfan TV (Japan); and finally, AVOD Kidoodle.TV will air seasons one to three.

Russia’s Parovoz Studio created both 3D-animeted shows for Digital Television Russia. Leo & Tig (52 x 11 minutes) centers around two kids who explore forests and discover new things in nature. And Fantasy Patrol (52 x 11 minutes) is about a group of young witches who form a team as they learn to control their powers. Both series target kids ages four to 10.

Brands and Rights 360 will distribute Leo and Tig in Spain and Portugal, and Fantasy Patrol in Spain, Portugal, Italy and France.

Targeting preschoolers, Love, Diana (35 x five minutes) sees kidfluencer Diana travel to a magical land, where she becomes an animated character and learns about friendship and the power of play.