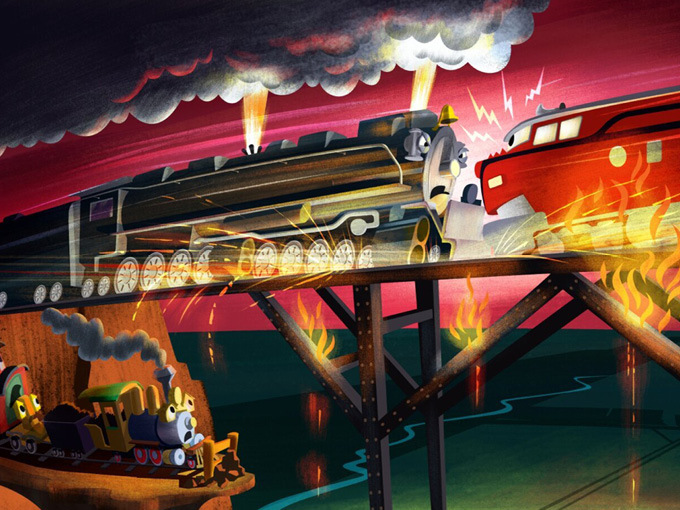 Former Nick execs Russell Hicks and Paul Ward will take Grom into original content production and expand the reach of its social media platform for kids.

The acquisition will give Grom access to Curiosity’s existing IPs—including preschool train series Baldwin (pictured)—which it plans to share on its social media platform for kids under age 13, using audience feedback to inform future development.

Curiosity will also supply content to new VOD services that Grom plans to launch in the future. The prodco will continue to operate as a separate division, and will develop programming for both its parent company and other platforms.

Curiosity president Russell Hicks will continue to manage the prodco’s original film, TV and publishing projects. And Grom subsidiary Top Draw Animation (Tom & Jerry, Monster Beach) has now been added to his remit. Hicks will work with Top Draw founder Wayne Dearing and executive SVP Stella Dearing to move the studio beyond service work and into original content. Before launching Curiosity in 2018, Hicks was president of production and development at Nickelodeon, where he oversaw SpongeBob SquarePants, Henry Danger and The Loud House.

To support the acquisition and fire up business development, former Nickelodeon EVP Paul Ward is joining the company as president of Grom Social and EVP of its social enterprises division. Ward will be tasked with growing the social platform’s reach and offering, as well as overseeing its Grom Educational Services subsidiary. He’s been working as a brand consultant for ViacomCBS and Verizon Media for the past seven years, but before that, he served as EVP of Nickelodeon’s Kids and Family Group, overseeing the daily operation of Nick at Nite.