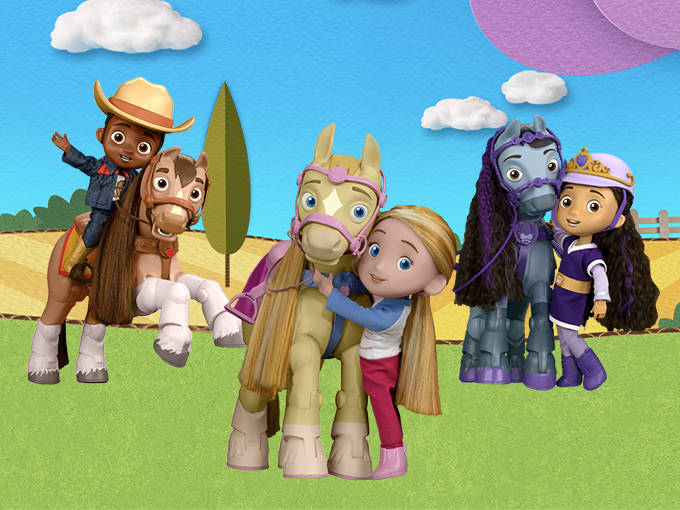 Co-produced with Milkcow Media, the short-form preschool series already has a master toy partner locked in ahead of its YouTube debut.

Breyer Horses has already signed on as master toy partner for the series in North America and LatAm, continuing its streak as one of the top pony licensing partners. Breyer recently inked an agreement with DreamWorks Animation’s Spirit Riding Free.

Epic Story Media will handle all licensing and merchandising efforts for the property, as well as global content distribution. The Toronto-headquartered company is currently in talks with potential global broadcast and licensing partners.

Piper’s Pony Tales was created by Milkcow Media’s Alexander Bar (Ricky Zoom, Ranger Rob). The series follows the titular character as her toy ponies magically come to life and take her on adventures. Financial support for the show was provided by Shaw Rocket Fund and the Canadian Media Fund through the CMF-SRF Kids Digital Animated Series Program.

This new short-form series is galloping onto the scene as pony- and horse-centric shows continue to capture kids’ attention. Star Stable Entertainment and Ferly are launching a long-form series inspired by the horseback riding online game Star Stable following the success of a short-form effort on YouTube, and Netflix recently picked up the global rights (excluding China) to Hasbro’s new My Little Pony movie from Entertainment One.