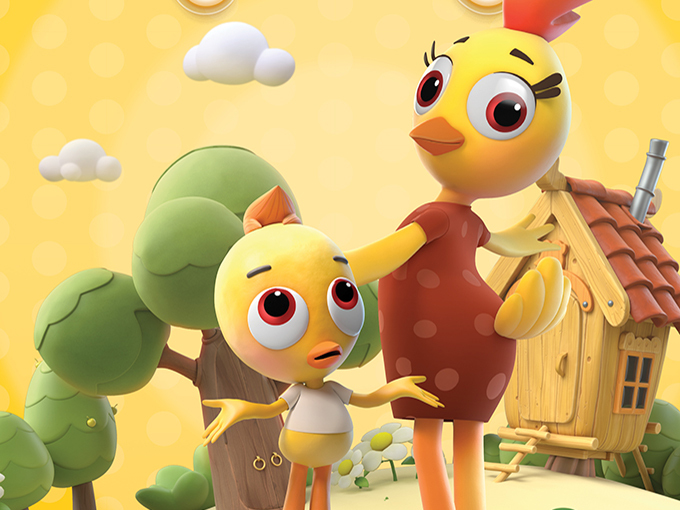 The fledgling Russian studio with four new shows in the works is putting education at the heart of its growth strategy, says Nikita Makarov.

Russian studio Platoshka Animation is entering the market with a slate of kids shows aimed at filling a gap in animated educational programming on AVOD platforms.

With a number of subscription services competing for coveted wallet share, free/ad-supported platforms like Kidoodle.TV, Kartoon Channel! and Atresmedia are attracting more and more viewers. But their catalogues are still often dominated by entertainment-led programming.

To differentiate itself and help AVODs carve out a learning-focused niche in their content offerings, Platoshka has lined up four educational series and an app to accompany its flagship show, says executive producer Nikita Makarov.

The studio is independently financing Beadies (pictured), a 55 x five-minute music-driven preschool series about a group of animals who go through their daily lives while learning about positive behavior. Budgeted at US$1.5 million, the 3D-animated show is in production now.

Beadies will launch on YouTube in the summer, Platoshka plans on reaching out to a number of other AVODs to bolster its reach, before pursuing sales with international broadcasters and streamers.

The studio is also building a Beadies app designed to develop kids’ social, emotional and cognitive skills, says Makarov. It’s in early development, but will include games focused on music, art, problem-solving and physical activity. And there will be a section where parents can track their kids’ progress, as well as augmented reality features (like screen filters) so they can share the content on social media.

Moving forward, Makarov says Platoshka will focus its slate on animated educational series. It has three additional projects in development, including Agatha: Queen of the Garden. This 26 x 5.5-minute show for three- to five-year-olds follows a young girl and her cat as they explore a magical world of talking plants and animals to learn about the environment and sustainability.

Targeting kids ages five to eight and animated in 2D, Cat-Been-In-Use (26 x 5.5 minutes) is about a misanthropic feline who has lost his faith in humanity, until he meets a young girl and her family who treat him kindly and remind him how to hope and enjoy life.

Platoshka is also working on Antron, a 3D-animated action-adventure series for boys ages eight to 10 that centers around a team of kids who fight an alien invasion with futuristic costumes and tech. Down the road, the studio plans to produce a female-skewing version of Antron.

“We’ve locked in financiers who are interested in us because of our content’s educational focus,” says Makarov. “Now we’re looking for co-producers who want to work with us in teaching kids about community, problem-solving and how to be good to others.”