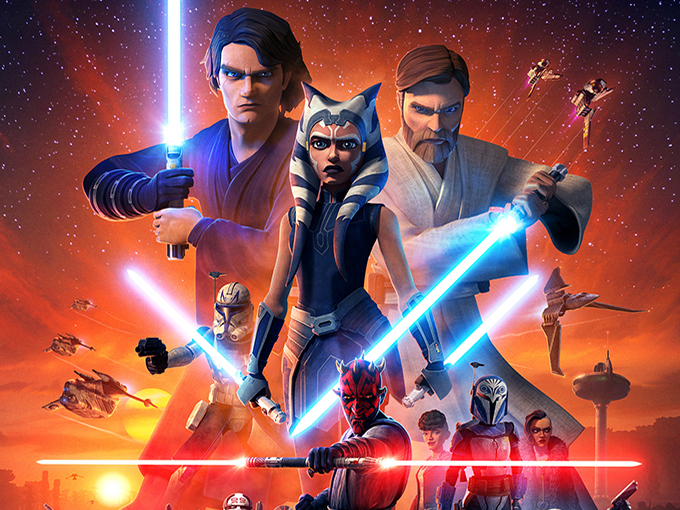 What are kids watching on HBO Max, Netflix & Disney+?

EXCLUSIVE: Proprietary IPs dominate kid viewing on the Disney and WarnerMedia SVODs, while fantasy acquisitions are the most in-demand on Netflix, according to data from Parrot Analytics.

As the streaming wars heat up (SVOD Paramount+ just entered the fray this week), there’s more content for kids to watch than ever before. But what are they actually tuning into? Using its proprietary analytics tool that tracks social media chatter, streams and downloads, Parrot Analytics has analyzed what’s trending on Netflix, Disney+ and HBO Max in the kids space so far this year.

For Disney+, unsurprisingly, the most in-demand shows are its most recognizable brands. Star Wars made the list twice, with Star Wars: The Clone Wars (pictured) in the top spot, and Star Wars Rebels in at number six. Rounding out the streamer’s top-10 list in top-down order are: Gravity Falls, Mickey Mouse Clubhouse, DuckTales, Phineas and Ferb, Puppy Dog Pals, Mickey and the Roadster Racers, Minnie’s Bow-toons and Mickey Mouse.

Kid viewing on HBO Max is also dominated by in-house brands, with Steven Universe at the top of the heap. The platform’s top-10 is rounded out by other established WarnerMedia brands including The Amazing World of Gumball, Teen Titans Go!, We Bare Bears, Ben 10: Omniverse, Regular Show, Scooby-doo Where are You!, Ben 10: Ultimate Alien, Wabbit (New Looney Tunes) and The Looney Tunes Show

Netflix original content, meanwhile, took a backseat to acquisitions. Miraculous: Tales of Ladybug and Cat Noir (Zag and ON Family) is at the top of the streamer’s demand ranking, followed by Avatar: The Last Airbender (Nickelodeon), My Little Pony: Friendship is Magic (Hasbro), The Legend of Korra (Nickelodeon) and Henry Danger (Nickelodeon). Rounding out the hitlist are Thomas & Friends, PJ Masks, Winx Club, My Little Pony: Equestria Girls and Cocomelon.

Representing the most in-demand kids content across the three SVODs in the US from January 1 to February 28, this data was gathered by Parrot specifically for Kidscreen.