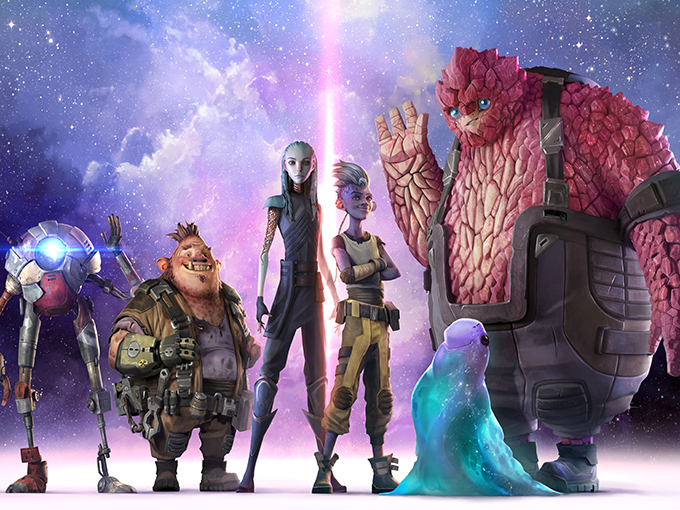 What’s on the Paramount+ kids slate?

The streamer will have 50 original series that include live-action Fairly OddParents and Dora reboots at launch on March 4, and Nickelodeon is setting up a new content division dedicated to Avatar.

ViacomCBS is getting ready to launch its new Paramount+ streamer on March 4 in the US, Canada and Latin America—and it’s banking on big franchises to draw in subscribers.

ViacomCBS announced that the SVOD will initially have a catalogue of more than 30,000 episodes, 2,500 movies and 1,000 live sporting events. Over the next two years, 50 additional original series are set to premiere, including an iCarly reboot and new shows from the Avatar, Star Trek and SpongeBob SquarePants universes.

To mine the Avatar brand specifically, Nickelodeon has set up Avatar Studios—a new content division devoted to making shows and movies about the world of Avatar: Last Airbender and The Legend of Korra for Paramount+, Nickelodeon’s linear and digital platforms, third parties and theaters. IP creators Michael DiMartino and Bryan Konietzko will head up the studio as co-chief creative officers, reporting to Nickelodeon president of animation Ramsey Naito, and their first project is a new animated theatrical film that’s beginning production this year.

Meanwhile, Paramount+ is banking on other popular Nick series to fill its content offering, including the previously announced Rugrats reboot. This project is in production at Nickelodeon Animation Studios and set for a debut this spring on the SVOD, with the original voice cast reprising their roles. The kid-focused Star Trek: Prodigy series (pictured) and SpongeBob spinoff will also be on Paramount+.

ViacomCBS will also adding a number of new movies to the streamer’s lineup after a 30- to 45-day theatrical release window for each one. These new releases include PAW Patrol: The Movie in 2021, and Clifford the Big Red Dog, Sonic the Hedgehog 2 and Transformers 7 in 2022.

Overall, the SVOD is going to have 7,000 episodes of kids content on offer when it launches.

In the US, the platform will have two pricing tiers—a premium tier for US$9.99 per month, and an ad-supported plan for US$4.99 per month that will be available in June. After its initial rollout in North and South America, Paramount+ will launch in the Nordics on March 25 and Australia later this year.

In other Nickelodeon news, the linear network is partnering with Hasbro’s eOne to co-produce an original animated Transformers series. The 26 x half-hour action-comedy will introduce a new Transformer species that must find their place amongst the Autobots, Decepticons and humans. It will premiere exclusively on Nickelodeon in the US, before rolling out internationally.