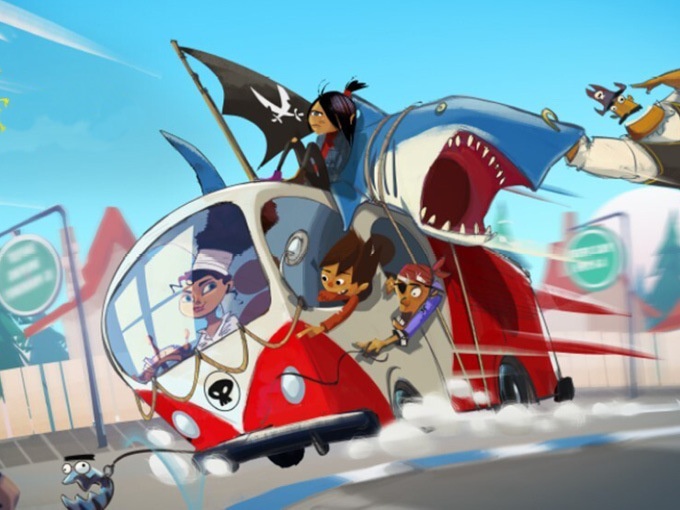 Sweetshop & Green and Pil Animation are teaming up to co-develop one of Ananey's first forays into animated content.

The 52 x 11-minute comedy for six to 11s sets sail with a family of rowdy fugitive pirates who have to lay low in a suburban neighborhood to evade the villainous Voodoo Queen. Backed by The Jerusalem Film and TV fund, the series will be produced mostly in Melbourne by Sweetshop & Green, according to a spokesperson for the prodco.

Living With Landlubbers marks one of Ananey’s first animated series. The ViacomCBS-owned studio is best-known for its live-action work for tweens and teens, including Greenhouse Academy for Netflix, Rising, The Hood and its new series Sky. But it previously teamed up with animation studio Splash Entertainment to produce preschool-skewing Family Rocks (52 x seven minutes), about a family of rocks in the stone age who learn about art and games in order to express themselves.

Living With Landlubbers is part of a strategic push by Sweetshop & Green (traditionally a live-action specialist) into preschool animation.

The three companies are teaming up for the first time to leverage their combined international reach and experience in producing content for kids, according to the release.