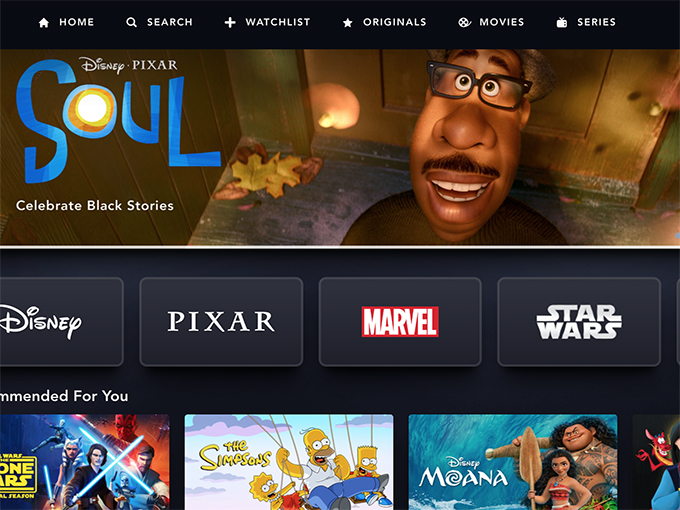 Disney+ has surpassed 95 million subscribers worldwide, while revenue for the parks, experiences and products segment dropped 53% in Q1.

After a difficult 2020, Disney is moving into fiscal 2021 with gains in streaming and losses in the parks, experiences and products segment. The House of Mouse’s revenue dropped 22% to US$16.2 billion in Q1.

Near the end of 2020, Disney reorganized its business segments to focus on streaming, meaning that the previous media networks, studio entertainment and direct-to-consumer & international segments were all merged into a single group called Disney Media and Entertainment Distribution (DMED). That’s how the results will be reported from now on, which means there’s no direct comparison between the previous segments from previous years. What’s below represents a comparison of the merged segments.

Within the DMED group, revenue for linear networks rose 2% in Q1 2021; DTC revenue was up a massive 73%; and revenue for content sales/licensing and other was down 56%. The reason for this steep decline was an overall dip in content sales, particularly related to theatrical distribution. In Q1 2020, Frozen II was released, whereas there were no significant theatrical releases in Q1 2021 due to the pandemic.

Disney is attributing the big jump in DTC revenue to improvements at Hulu and Disney+ (pictured). Hulu experienced subscriber growth and increased advertising revenues, helping to offset an increase in programming and production costs.

Meanwhile, Disney+ has hit 95 million subscribers, which the House of Mouse confirmed on its investors call. The platform’s gains were also partially offset by higher programming and product cost amortization, as well as growing marketing and tech costs. It’s also important to note that when the Q1 2020 report was released, Disney+ had only been operating for two months of that quarterly period.

On the parks, experiences and products side, only Walt Disney World Resort and Shanghai Disney Resort were open for the full first quarter of 2021 (at significantly reduced capacity). The other closures led to a 70% dip in revenue for domestic parks and experiences, and a 60% drop for international parks and experiences.

The only bright spot for that segment was actually in consumer products, which experienced a 2% growth in revenue, even as the overall segment’s revenue shrunk by 53%. There was also an increase in games licensing revenue spurred by the release of Marvel’s Spider-Man: Miles Morales.