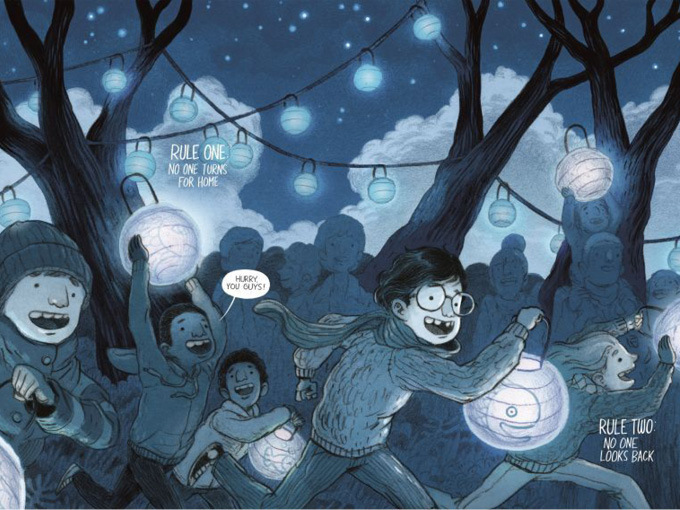 Duncan Studio and Corus are joining forces to adapt Ryan Andrews' graphic novel This Was Our Pact into an animated feature.

Corus Entertainment-owned Nelvana, Peter Dinklage’s Estuary Films and Duncan Studio are teaming up to co-produce an animated feature called This Was Our Pact, based on a graphic novel (pictured) of the same name.

The original content arm at Pasadena-based Duncan Studio (Next Gen) is working with Estuary Films (American Dreamer) and Nelvana on the creative side of the project, while Corus helps secure development financing. No delivery date for the feature has been announced yet. This marks the second project to come out of a feature film development agreement between Corus and Duncan that was signed last October.

Both the middle-grade graphic novel and film focus on a group of kids who travel together to find out where floating paper lanterns go after they’re released downriver. Adapting the story is Will Collins, who wrote Golden Globes-nominated feature Wolfwalkers for Apple TV+. Rob Hollocks, Josh Feldman and Estuary’s Brad Saunders are on board as producers, and Dinklage (Game of Thrones) will voice a talking bear in the film.

Penned by Ryan Andrews, the graphic novel is an Eisner Award nominee, and was named 2019 Best Book of the Year by Kirkus Reviews.