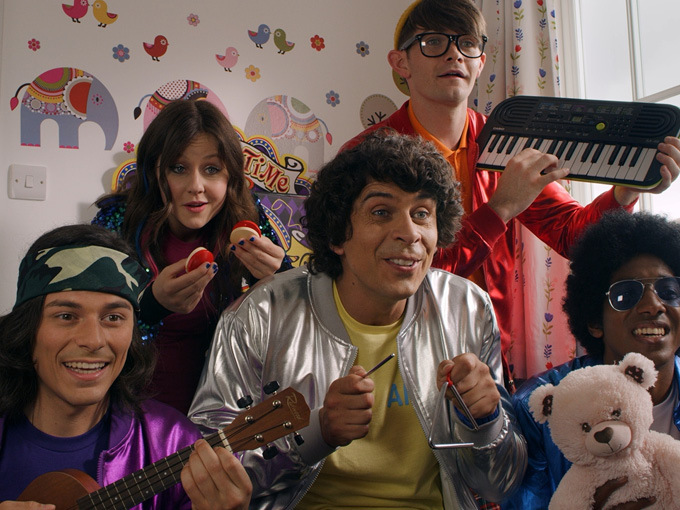 The distributor has added an eclectic mix of shows to its catalogue, including a live-action musical series, a fish-out-of-water toon and nature-centric shorts.

First to join the distributor’s catalogue is CG-animated Weird Waters from Cleveland-based prodco Wayletta Productions, New York’s Meticulous Media and Moondog Animation in South Carolina. This 60 x seven-minute series follows three fish who end up in a magical pond, where they face off against different monsters and mysteries. Targeting four to sevens, Weird Waters is also represented by brand management agency Courageous Artists.

And finally, the distributor has acquired Andy and the Band (pictured, 15 x 14 minutes) from Three Arrows Media and Ninja Pig Productions in the UK. This live-action musical series, which targets four- to eight-year-olds, is about a group of kids who struggle comically to get their band noticed. 9 Story has global distribution rights outside the UK, where the show is already airing on CBBC and CBeebies.