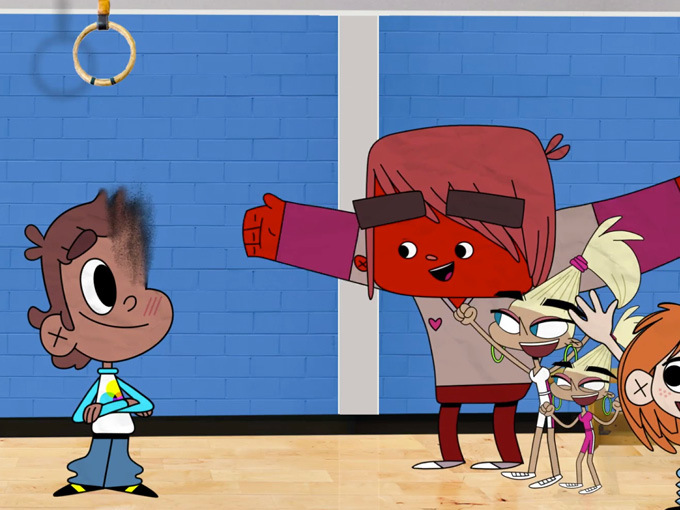 Pocket.watch is looking to attract more eyeballs by expanding its slate with new animated series and partnerships. In total, the LA-based prodco expects to have produced a total of around 19,000 minutes of programming by the end of 2021, according to chief content officer Albie Hecht.

First up, Pocket.watch has partnered with YouTuber and talk show host Lilly Singh (14.9 million subscribers) on a new animated short called Lilly Singh’s Proud Princess. This Bollywood-style musical is about a princess who has to find pride in her LGBTQ+ identity. The short-format one-off, which will be between five and seven minutes long, is set to launch on YouTube, but Hecht would also like to see it roll out in theaters once they’ve reopened.

The prodco is exploring disabilities with Misprints (pictured), a 2D-animated comedy/adventure featuring a character who doesn’t fit into a world where everyone is printed perfectly. This 11-minute one-off for six to 11 is in pre-production now and will launch on YouTube on a yet-to-be-determined date.

Diversity and inclusion have become a growing focus for Pocket-watch, which is trying to better reflect its growing audience and meet a heightened demand from viewers and buyers for diverse and inclusive shows, says Hecht.

“There are a lot more creators out there, and it’s harder than ever to stand out if you’re not a franchise,” he adds. “We’re working hard to reflect kids globally in our roster, but also to deliver content that can match our partners’ brands and attract the next generation of stars.”

Other shows on the studio’s slate include animated series Captain Future Pirate, launching this summer; musical Dani & the Weeds (currently in development); and a second season (32 episodes) and three specials for Love, Diana. Pocket.watch is also producing animated series Zombees with the Eh Bee Family, Onyx Monster Mysteries with the Onyx Family, and live-action competition series For The Win!—Onyx Monster Mysteries will launch on subscription service Amazon Kids+ in October 2021.

Pocket.watch has recently set up divisions including an ad agency and new offices in Singapore and London. Now the company is ready to expand into animation and launch its new series to prove it’s capable of creating content that can match creators’ existing brands and add value to its partners, Hecht says.

“We’ve established ourselves as a company that can supply a variety of content,”  he adds. “And now that we have the team, we’re able to get to scale to customize our production style to match what creators need.”