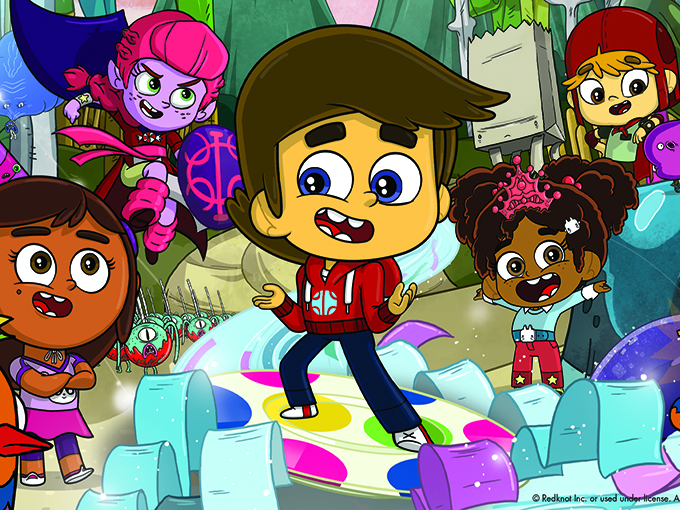 Nelvana makes a wish with its new show

EXCLUSIVE: Preparing for delivery by the end of this year, redknot animated series Super Wish taps into the universal world of birthdays

Birthdays are one of the few globally unifying kid experiences. Yet there aren’t any birthday-themed series on air. Nelvana’s Vanessa Esteves and Adrian Thatcher decided it was time to unwrap that opportunity with the studio’s latest 2D-animated production, Super Wish.

“When we started to develop the series, we dove into research on birthdays across the globe. They’re gender-neutral. [Though] everyone celebrates them a little bit differently, every kid has one every year. Birthdays are universal,” says Esteves.

Targeting four- to eight-year-olds, Super Wish (52 x 11 minutes) has already been picked up by Corus/Discovery Kids LatAm joint-venture redknot, which was originally formed in 2017 to leverage the companies’ combined reach and resources for international pitching.

“redknot’s mandate is to create unique children’s content with positive messaging and developmental values for global audiences,” says Esteves. “And a series about birthdays is very unique, which is so surprising because it’s relatable to kids all over the world.”

Super Wish centers around a young boy who is accidentally sucked into a birthday dimension with his friends after making an ill-fated wish at his 10th birthday party. While the show is lightly serialized (the kids try to undo the wish and venture through the foreign land), most episodes explore a different birthday tradition from around the world.

Thatcher is managing all of the design elements and will serve as director once the series moves into production. Esteves is taking the lead on writing, and will be a supervising producer in production.

The entire pre-production process has been virtual, which is a first for Nelvana. Casting and initial writers rooms were managed over Zoom.

First episodes will be delivered in 2021, and the series is scheduled to begin airing on Corus kids channel YTV and Discovery Kids LatAm in 2022. The partners are now looking for additional international broadcasters.

The visual style of Super Wish is heavily inspired by birthdays as well. Thatcher describes the aesthetic as “bright and fun,” with whimsical details like upside-down whisks dripping with icing that stand in for trees. But this isn’t a candyland, Thatcher insists.

“At one point, we called it Jurassic Park—but with cakes that might eat you,” says Esteves.