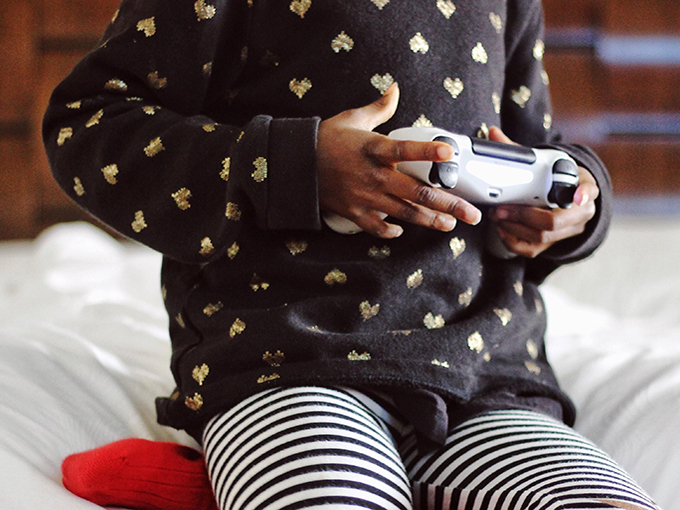 Why video games may be the future of streaming

Twitch, Roblox and Fortnite are leveraging their video game roots to become platforms where kids can play, watch and engage with content in real time.

Move over Disney+ and Netflix—video game platforms are the next streamers to keep an eye on.

From filming TV shows to creating spaces where kids can go to hang out and chat, platforms like Roblox and Fortnite are vying to become the top destination for youth. When research firm Dubit conducted a recent study in October 2020, it found that more than 35% of US kids ages eight to 10 had logged on to play Roblox at some point in the last 24 hours, and 26% had checked into Fortnite. Traditional producers should take note, says David Kleeman, SVP of global trends at Dubit. Throughout the pandemic, sandbox games (open-world games that give players the ability to move around and have a degree of creativity) like Roblox and Fortnite have become destinations where kids are engaging in what he calls digital “loitering.”

“Kids are moving the natural behaviors of hanging out and playing together online,” says Kleeman. “They can attend a concert and do things like walking into a virtual shopping mall. What they really want is a social experience. The standard activities in kids’ lives, like talking about their favorite games with other kids, are taking place on these platforms.”

The mass cancellation of events and forced physical distancing caused by the pandemic have only accelerated this trend, turning these gaming platforms into homes for virtually consuming content that had previously been consumed in person.

Kidcos are also flocking to the video game space in a big way to build their brands with an interactive and social twist. US pubcaster GBH made an episode of Arthur in real time in Twitch, where the audience was able to vote on what would happen next in the story; the production team then spliced clips together once the votes were in.

Streamers are also leaning into this demand. New services like Teleparty (formerly Netflix Party) let audiences synchronously watch content together with a chat function so they can react as a group in real time. Even within their content, SVODs like Netflix are gamifying their shows with interactive specials that emulate choose-your-own-adventure storytelling. Kids content is at the forefront of this trend, with a number of one-off interactive eps based on well-known IPs rolling out in recent years. And Netflix has recently ordered two original interactive series—We Lost Our Human and Battle Kitty—that will let kids dictate what characters do next.

But gaming platforms are poised to take things a step further. While choose-your-own-adventure narratives give kids a semblance of control over content, game makers actually turn kids into creators.

In December, LA-based Pocket.watch launched a virtual Ryan’s World theme park in Roblox where kids could interact with characters from the brand. The world had some traditional games, like races and snowball fights, but kids could also dress up their avatars in special virtual merch and costumes.

“This shift was happening before the pandemic with games like Fortnite Creative [a sandbox game where kids can create their own islands] and kids sharing servers on Minecraft. But now kids are embracing these digital worlds and creating more than ever before,” says Kleeman. “From creating their own identities by changing their avatar’s clothes and accessories, to building new content—including tribute titles for their favorite brands, fan videos and playthroughs of the games they’re playing everyday—kids want to be makers, and they are turning to video games to do it.”

Photo by Samantha Sophia on Unsplash