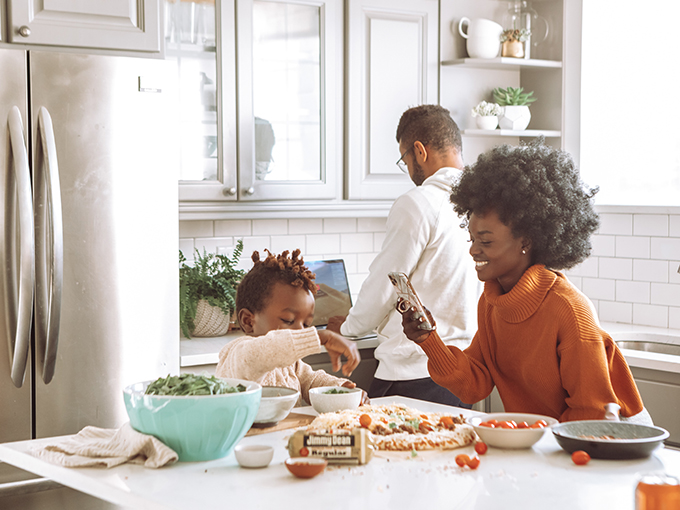 Why the future is going to be family-friendly

Several factors have led to a rise in family-friendly content, but this burgeoning genre is likely to outlast the pandemic, says Common Sense Media's Polly Conway.

Following two decades of demographic-oriented and niche-targeted content, shows that appeal to the entire family have been trending for the past few years. Buyers—and particularly SVODs—are increasingly going after co-viewing audiences in an effort to grow their subscriber bases.

Disney+ put its stake in the ground when it launched in late 2019, declaring that all content on its platform would be appropriate for any member of a household. And with the help of a robust back-catalogue of content, this strategy appears to be proving successful—the nascent streamer pulled in more than 53 new subscribers in first six months. (By comparison, HBO Max and Apple TV+ respectively attracted 37.3 million subscribers and 33 million subscribers in that same initial six-month timeframe.)

Disney+’s growth was certainly aided by the COVID-19 pandemic, which forced families to stay at home, where many gravitated towards content they could watch together.

“TV has become another way to spend time with your family, as opposed to holing up and watching it alone, or parents and kids watching separately. We have fewer entertainment options right now, so why not make TV one of the things we can do as a family,” says Polly Conway, senior TV analyst for Common Sense Media. “What we are going through is trauma, and it’s not going to magically get better. People are realizing that what is important is family and spending time together. TV can be a part of that—the right shows can really help people bond, and let them be more of a family through inside jokes about what they’re watching. I think that this trend will continue.”

According to research firm Parrot Analytics, the most in-demand family-friendly* series globally in 2020 were The Mandalorian, Supergirl, The Simpsons, Doctor Who, Cosmos: Possible World, Black-ish, Parks and Recreation, Star Trek: Discovery, The X-Files and Fresh off the Boat. And audience demand for these types of shows increased by 3% over the course of the year.

There are a few reasons for this growth. Many of these shows are familiar, says Conway, supporting a trend she’s noticed that sees parents turning on “classics” from their youth to share with their kids.

Thank the streaming era for this trend: TV shows don’t really ever go off the air, even when they’re cancelled. Producers and broadcasters on the hunt for a hit should be thinking long term—rather than focusing on how many folks tune in for a premiere. And building in broader audience appeal is a good way to improve your chances of producing a sticky hit that will go the distance, Conway points out.

Many shows on the top-10 list also have lengthy episode runs, which breaks with the current trend of shorter seasons. With so much time to kill, today’s audiences are ravenous to get sucked into shows with three or more seasons, where there’s a strong likelihood that favorite characters will live on for years.

Finally, these shows tend to have very strong fan communities.

“I think the sense of community that TV can bring shouldn’t be understated,” says Conway. “Now that the water cooler is gone, it’s just your own family talking about what’s going to happen to Baby Yoda. TV gives you something to talk about, and those characters become part of your own [home] cultural consciousness.”

Conway expects the heightened demand for all-demo appeal will eventually have an impact in all genres of television—which is something producers can be prepping for now.

In particular, she sees huge growth potential in the older-skewing animation space.

“A generation of young people who are now becoming parents grew up with [shows like] South Park. Because we were introduced to adult animation when we were younger, [the concept that] cartoons are for kids is going out the window. Parents never stopped watching cartoons. So there’s a cultural shift in that it’s OK, and no one is going to discount an animated show just because it’s animated.”

(*as designated by Common Sense Media)

Check back tomorrow for more predictions about how COVID-19 will impact the world of kids entertainment.