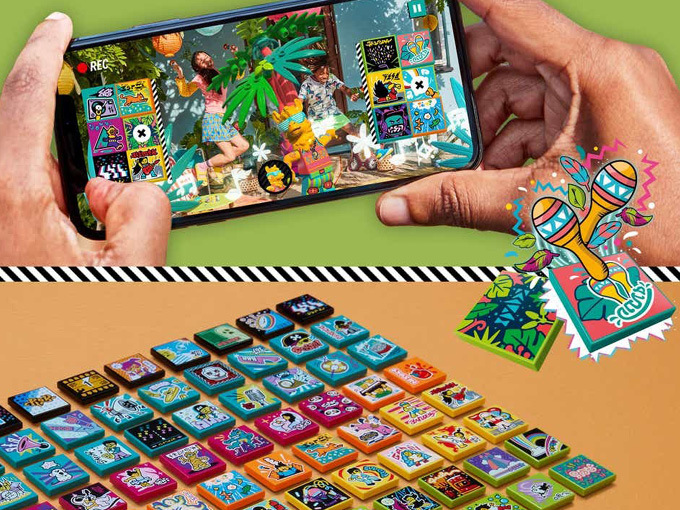 Platforms like TikTok have become the home for a lot of kid-generated music and dance videos in recent years, despite being restricted to ages 13 and up. LEGO and Universal created their own kid-focused alternative to draw in children who want to bust a move. Aimed at seven- to 10-year-olds, Vidiyo lets kids edit existing music videos starring Universal’s roster of artists, such as Hailee Steinfeld and Lady Gaga.

Adding in a layer of play, users can buy new physical LEGO minifigures and sets to unlock app characters, which can be added to the videos. Purchasing LEGO sets also opens up new special effects that kids can use—anything from making the video black and white, to adding in funny sounds or launching confetti.

Both the app and companion sets will launch on March 1.

Kids can share their creations in a central feed that only other app users will see. Children will also be able to film themselves and add those clips into the videos, though Vidiyo is a closed space with content moderation technology built in, which prevents kids from creating videos starring themselves or other kids within the app for the sake of protecting their privacy.

Building on LEGO’s growing AR focus, kids can also project their unlocked characters into their surrounding area. The companies will add in new challenges—much like how TikTokers create their own challenges—and videos to keep users engaged.

LEGO and Universal Music Group joined forces last April with the goal of creating new products that blend play and physical products with music. At the time, the companies hinted that they wanted to create new “interactive play and safe social experiences” that could support kids’ creative development.

Demand for family-friendly music options is also way up in the midst of the pandemic. In March, YouTube views for kids music were up 21% from the year before, according to market research firm Tubular Labs.