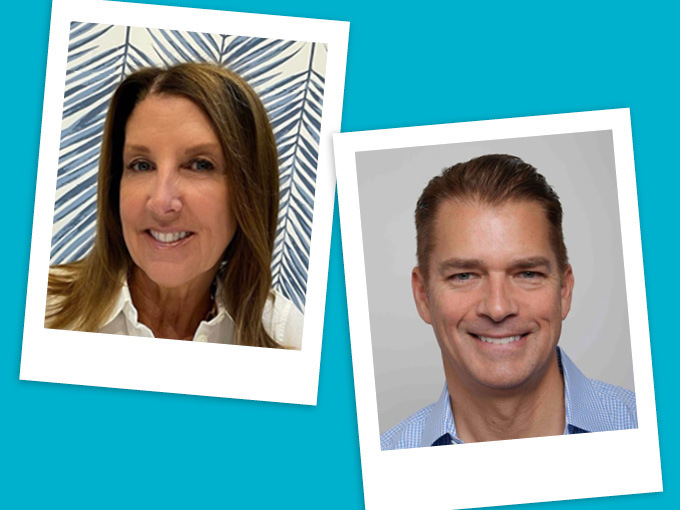 The Paris-based studio behind Gigantosaurus has tapped former NBCUniversal and Disney exec Karen Miller (pictured, left) as president and CEO of its US division. It has also hired Amazon and Sony vet Merritt Farren (pictured, right) as general counsel and COO.

Based in LA, the two execs will work together to grow the company’s international business through acquisitions, distribution deals and new content, says Cyber Group president and CEO Pierre Sissmann. Farren joined the studio in December, and Miller will officially start in the spring.

Cyber Group has six shows in production and 12 in development across the US and France, says Sissmann. In the short term, he adds that the company is looking to penetrate additional territories and make new shows for older demos.

Miller will drive new development and growth in Cyber Group’s key markets in Europe, North America and Australia. The company is focused on combining the US and French studios’ efforts to grow overall business, and these new hires are a first step towards making that happen, she says.

Farren, meanwhile, joins the company to oversee bigger and more complicated deals—specifically, he will be scouting for companies that Cyber Group can acquire. His remit also includes expanding CP efforts and building up the direct-to-consumer business.

Before joining Cyber Group, Farren worked as general counsel for SoundCloud. and he did a 10-year stint as the chief legal officer for Audible before that, overseeing corporate development and strategic deals. He has also served as VP of corporate development for Sony Pictures Entertainment; SVP and general counsel of Disneyland; and VP of business and legal affairs for Disney Interactive and Disney Online.

Cyber Group’s US studio was formed in 2017 to provide the company with more talent and to create international IPs more easily. These new hires are a big step forwards in fulfilling that remit, says Sissmann.

Kicking off 2021, Cyber Group is working with Canada’s CCI Entertainment on CG/anime-style original James & the Everafters, and has also partnered with LA-based MEG Entertainment to co-produce Monster in my Pocket.

The immediate goal for this year is to sign new real-time animation and production deals, some of which will be unveiled in the coming weeks, says Sissmann.

“We need to step it up with new IPs, international IPs and reach,” he explains. “And we need the legal support and the content experience to signal that we’re ready to work with more creators and ink deals with more studios.”