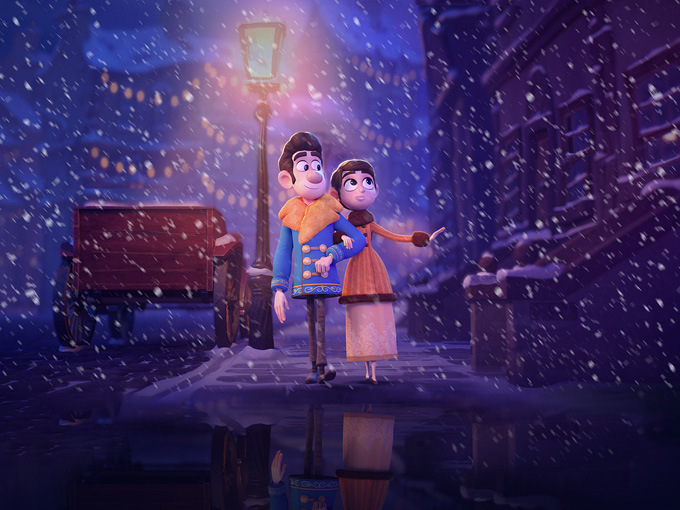 VOD platforms don The Overcoat, B.O.T and the Beasties fly with a distributor, and Asian broadcasters bank on preschool.

UK pubcaster CBeebies originally commissioned the series, which was developed by Anne Wood (Teletubbies, In the Night Garden), and will premiere it on January 11. The 50 x five-minute comedy-adventure for preschoolers tracks a robot as he discovers new worlds and meets their bizarre inhabitants.

Indian producer Toonz Media Group is getting into the OTT space for the first time through a partnership with OTTera, which will host and support Toonz’s new OTT channel, and distribute it across VOD platforms.

Directly available to viewers online, the new channel will feature 1,500 half-hours of movies and both original and licensed TV episodes for kids and families from the Toonz library.

Launching OTT channels is a growing trend in the industry; many producers have adopted them as a way of getting content directly to audiences and maintaining stronger control over their rights. Common Sense Networks and WildBrain are among the most recent kidcos to launch or expand their OTT presence.

Finally, Taiwanese distributors Muse and Horn gen Culture have picked up digital rights for Pat the Dog and Ralph and the Dinosaurs (26 x fives minutes), respectively.

The UK’s Hoho Rights, the commercial arm of Hoho Entertainment, has launched seasonal special The Overcoat (pictured) on UK VOD platform discover.film and Amazon Prime Video. The 30-minute film is now available through the free discover.film app on Apple TV, the App Store and Roku.

Produced by Dublin-based Giant Animation and A Film Estonia, this hand-drawn and CG-animated short is an adaptation of Nikolai Gogol’s folktale about a lonely office worker who saves up to buy a new coat at Christmas in an effort to make friends. The project was supported by the Irish Film Board and the Estonian Film Institute.

Based on the Asterix comics brand, centering around viking warriors who defend ancient France, the new series will revolve around a dog and his friends who work to stop a villainous general and his pet cat from transforming Paris into a Roman city.

The Asterix brand has spun off feature films, video games, a theme park and licensed products, but the new show marks a first-time focus on the character of Idefix. Idefix and The Indomitables has been commissioned by France Telévisions, and M6, Germany’s Super RTL, Télé Québec and RTS Switzerland have already picked it up.