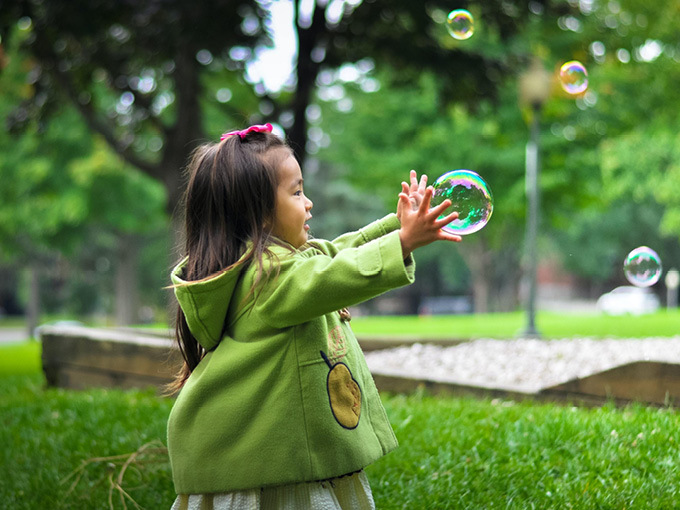 It’s time to turn it all off

Next year, as life begins to return to normal, Dubit's David Kleeman makes the case that we should tell kids to please go away... at least for a little bit.

As we approach the end of 2020, there is light at the end of the tunnel—and it appears not to be an oncoming train. With promising vaccines, more and more children will be able to return to full-time school in person, rejoin team sports, and play freely with their friends.

Dubit has already speculated that there will be a drop in kids’ screen media time when they are liberated from staying home and physically distancing. But what if children’s media providers didn’t simply wait nervously for kids to play themselves out and return to videos, games, apps and tech toys? What if we actually encouraged them to switch off and explore?

TikTok (which was used in the previous week by 52% of 10 to 15s, according to Dubit’s most recent Trends study) has a time management setting that reminds you to take a break. Users (or parents) can control the time allowance, after which a creator from the platform pops up with a message like, “Hey, you, stop scrolling. Yes, I’m talking to you…When’s the last time you’ve been outside? Go on a run with your friends! Read a book. Play with your pets. Or go shoot some TikToks outside!”

For more than 20 years (1973 to 1995), the BBC ran a school holiday morning program called Why Don’t You… an abbreviation of its full title, which was Why don’t you just switch off your television set and go and do something less boring instead?

Nickelodeon’s long-running “Worldwide Day of Play” took all Nick channels off the air for a few hours and encouraged viewers to “get up, get active and GO PLAY.” (Nick also created a wonderful PSA promoting the next step beyond virtual reality—”actual reality!”)

Children form emotional bonds with their favorite media platforms and content. When Nickelodeon told its audience why it was going dark, kids listened, because Nick was a trusted “clubhouse” that reminded them daily that it was paying attention to kids.

YouTube and games, social and communication sites are 2020′s clubhouses. When distancing is no longer required, those same platforms and people (the influencers) could tap the trust and goodwill that they have earned by welcoming and reassuring young people, and invest it in promoting outdoor or social play that will boost kids’ mental and physical well-being.

Fortnite (played by 44% of six to 12s in the previous week) has hosted multiple live events within the game; 12.3 million watched Travis Scott play a nine-minute concert. But in October 2019, Fortnite literally disappeared, swallowed in a digital black hole. Taking the game away with no notice about why or when it might return was marketing brilliance at a time when Fortnite had begun to fade in popularity. Fans sat by their devices for 36 hours, clicking madly until the game came back on. Social media buzzed with speculation about when it would return, why it went dark, and what it might look like now.

Let’s combine these phenomena for an end-of-pandemic event. Wouldn’t it be great if Fortnite announced a live concert with a big-draw star. After a song or two, maybe the star could appear in a crowd of current season characters and say, “It’s safe to go outside and see your friends. We’re taking a break, but we’ll be back in 48 hours.” Cue Black Hole number two.

Perhaps a mysterious new game could appear in Roblox (played by 55% of six to 12s in the previous week), positioned to capture the attention of heavy platform users. When transported from the waiting room into the game, players could find a playground or sports field, and an invitation to log off and find the nearest real-life equivalent, and to invite a friend to join them.

YouTubers and TikTok stars could play a role, too, posting videos that reflect their usual genres while inviting young people to switch off and check out IRL. To echo the TikTok “take a break” script, they might even propose that fans make their own videos of what they discover when rediscovering the world.

And there’s no reason this needs to be limited to digital experiences. Any brand could incorporate a “please go away” element into its marketing, and even invent tasks or challenges for kids to do while out exploring and playing. Over 25 years ago, my daughter was a fan of Nickelodeon’s very physical game show GUTS; when we went to the playground, she’d play her own invented version involving my timing her in an obstacle course. How about the Paw Patrol rescue game or the Where’s Waldo treasure hunt? Dino Dana already has an augmented reality app to “find” dinosaurs in the real world—the pandemic’s end would be ideal for a marketing push behind it.

The two hardest things for IP owners to do are to offer fans some control over their content, and to see audiences drift away, even if it’s just for a little while. In the case of the coming (soon, please!) liberation, content companies needn’t be anxious—kids will return; they just need a bit of fresh air first.

Photo by Leo Rivas on Unsplash.