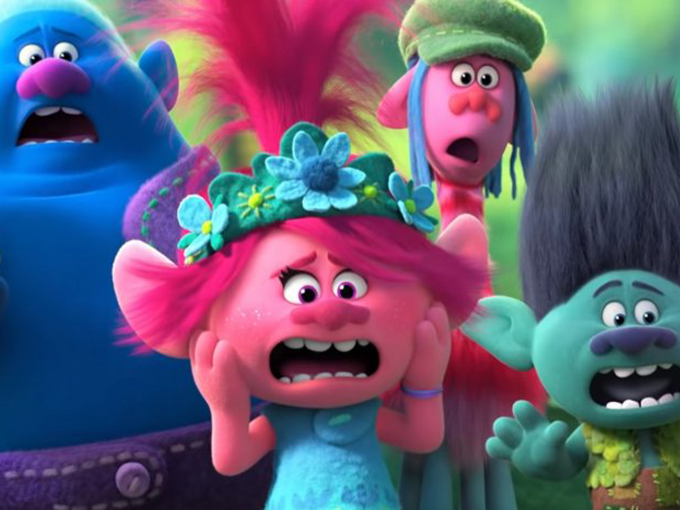 Deals of the Year

CoComelon and Blippi got a new home, Trolls World Tour went to VOD, and TikTok found a new parentco. Here are some of the biggest deals of 2020.

Despite global lockdowns, the kids industry shifted dramatically this year with some huge distribution, acquisitions and partnership news. Here’s a look back at some of this year’s biggest deals, which will probably be worth keeping an eye on in 2021.

NBCUniversal set off a chain reaction this year when it shifted its movie release plans to a VOD/theatrical day-and-date strategy. DreamWorks Animation’s Trolls World Tour (pictured) was the first pic to test the approach, and it met with great success.

Following suit, WarnerMedia has committed to launching all of its theatrical releases day-and-date on HBO Max, and Disney+ is gearing up to debut the new Pixar film Soul on December 25. But industry analysts have shared concerns about how a streaming shift could seriously damage already battered theaters.

In July, London-based Moonbug acquired CoComelon and Blippi—two of the biggest kids brands on YouTube—with plans to invest in new content, while building the channel’s distribution reach and consumer products presence.

The prodco raised US$120 million in a funding round led by Goldman Sachs and Fertita Capital to acquire the two brands, as well as others. CoComelon, which recently hit 100 million subscribers on YouTube, focuses on animated nursery rhymes, music videos and educational content for preschoolers. And Blippi (10.7 million subscribers) is a live-action channel featuring a host who teaches preschoolers about everything from different jobs to simple arts activities.

Moonbug wasted no time in building out the IPs, tapping LA-based talent agency UTA (which already repped Blippi) in September to grow the North American licensing business for CoComelon and its other brands.

In order to cement its dominance in the kids streaming space, Netflix spent the year shoring up some familiar names for new content. The streamer picked up rights to Mattel Television’s Thomas & Friends in the US, just two years after Nickelodeon started airing it. The SVOD is also bringing Johnny Test back with two new seasons and a 66-minute interactive special.

Meanwhile, Netflix has brought royalty to the platform through a multi-year production deal with Prince Harry and Meghan Markle, who will create new kids content.

YouTube Kids is making a push to secure quality kids content on the platform, and this year it launched Sinking Ship’s Lockdown, the first series to get a piece of its US$100-million kids content fund.

As Lockdown launched, the AVOD unveiled details for its new content strategy. Show should give kids the confidence to pursue their own dreams and goals (life skills, career aspirations), explore personal goals through a lens of health and self care, reflect diversity, and encourage community and citizenship.

The platform is investing in kids content after scrapping its kid-targeted ads (which drove significant revenue for content makers) last year.

TikTok’s search for US partners

From skirting a US ban, to reinforcing its crown as a family-friendly social media destination, TikTok had quite the year. As threats of a US ban loomed, Walmart and techco Oracle inked a deal with TikTok’s parent company ByteDance to drive new growth. Under the deal, ByteDance will sell a 20% stake in the new public company TikTok Global, which could launch in 2021. While concerns around TikTok shuttering drove kidfluencers to explore other platforms, this deal put a pause on its US eviction.

TikTok Global will also create 25,000 jobs as part of an expansion of its global headquarters, which will remain in the US.

Pivoting from short video content, TikTok also announced plans to create an educational program that includes courses in math, reading, science and computer engineering for the many kids using its platform.