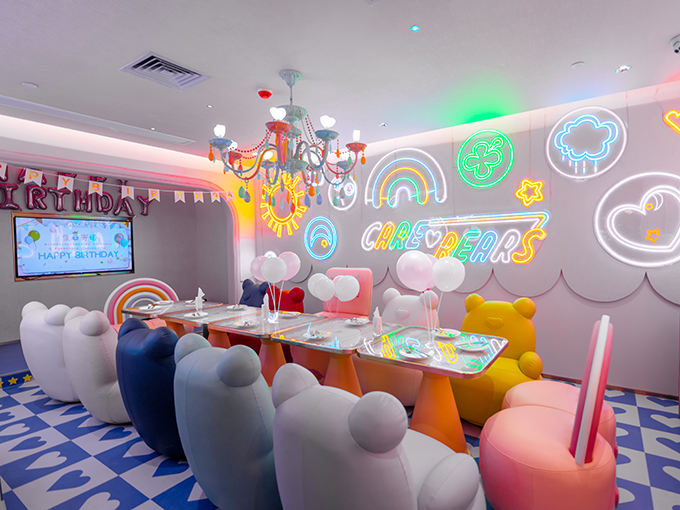 Harves developed the center in collaboration with architectural design firm X+Living, and Kalidico opened its doors last week in conjunction with the Care Bears: Unlock the Magic Mandarin premiere on VOD platform Tencent.

Earlier this year, Cloudco inked an exclusive, long-term partnership with Harves to serve as the master licensee for its Care Bears brand in China. The agreement sees Harves handling consumer products, brand licensing and retail distribution across all categories. Cloudco launched Care Bears in 1982, and then rebooted the brand in 2018 with new series Care Bears: Unlock the Magic.

This year was a difficult one for live and location-based brand extensions, as families around the world were asked to stay home in an effort to slow the spread of the pandemic. Despite lockdowns, however, the focus on family entertainment centers has continued.

ViacomCBS teamed up with China Leisure Development in July to develop a themed family destination in Shenzhen called Nickelodeon Playtime that will feature dining, retail and play areas for SpongeBob SquarePants, PAW Patrol, Dora the Explorer and Teenage Mutant Ninja Turtles. Mattel and Hasbro have also recently gotten in on the location-based game.

US-based family centers are unlikely to follow a similar opening timeline, however. On December 16, China reported 12 new confirmed COVID-19 cases. In the US, data from John Hopkins University shows there were more than 200,000 new cases that same day.