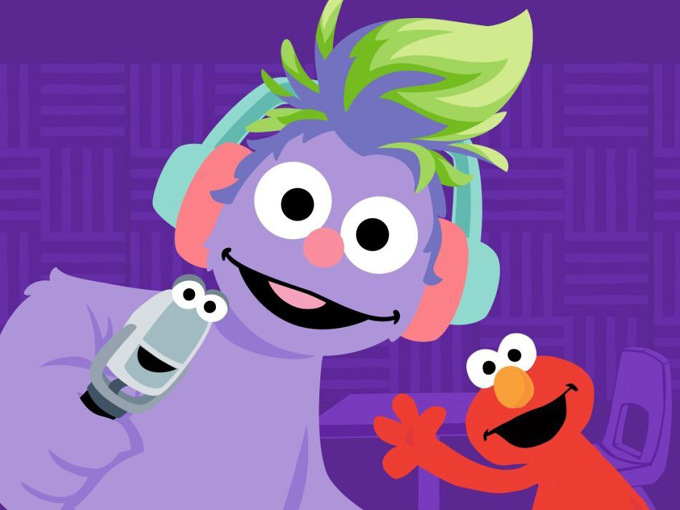 The global podcasting market was valued at US$9.28 billion in 2019 and is expected to climb by 27% by 2027, according to Grand View Research. Children, in particular, are hungry for audio content. A 2017 survey from Kids Listen found that of active podcast listeners, 80% tune in to an episode more than once, with 20% of those kids tuning in more than 10 times.”

Today, Kidscreen is continuing its Podcasting 101 series to answer burning questions about doing business in the space, such as what are platforms doing to stand out? What does an audio-first strategy look like? And today’s query: How do you grow a brand through podcasts?

Sesame Workshop is exploring podcasts as a means of building out brands in a quick and screen-free way. With its first podcast, The Sesame Street Podcast with Foley and Friends (15 x 20 minutes), it learned that original music, new characters and interactivity were key to building out IPs through audio, says Gabriela Arenas, VP of North America Licensing.

Launched in October, Foley and Friends is an exclusive Audible Original, which is part of a long-term deal with Audible to create kids and family programming for the platform.

Audible was looking for an original character to lead its Sesame content. Without visuals to help keep kids engaged, the team shortened the episode run time (down to 20 minutes) and leaned into comedy. Foley and Friends is fronted by an excitable Muppet who can make all manner of sounds and noises. The surprising range of noises she makes is one of the ways the podcast engages kids.

It also features call-and-response segments, creating a quasi-interactivity with the series. Leaning on strong market recognition for its well-known characters’ voices, like Elmo and Big Bird, also helps the podcast retain kids’ attention as they become familiar with Foley, says Arenas.

The final episodes dropped on Audible on December 15, and while Sesame declined to share audience numbers, it has received a lot of positive response from both Audible and listeners, says Arenas.

Heading into 2021, Sesame is seeking new partners and exploring other franchises—like Monster at the End of This Book—to take into the podcast space, leaning on its well-known characters to tackle kids’ needs around mindfulness, wellness and sustainability.

Arenas points to an agreement Sesame previously inked in 2017 with NPR for the Life Kit series that focuses on helping families have difficult conversations about everything from dealing with death, to understanding race. Whereas Foley and Friends is aimed at a preschool audience, the NPR deal gave Sesame the opportunity to reach parents with resources and information for talking to their kids about difficult, timely issues.

“We have new plans, and we’re moving fast into the podcast space,” says Arenas. “This is a new way for us to reinforce academic and socio-emotional skills, while also sparking dialogue and conversations around topics like wellness, all while giving families a chance to be away from screens.”

Correction: Kidscreen mis-reported statistics from Kids Listen. This article has been updated with accurate numbers. Kidscreen regrets the error.