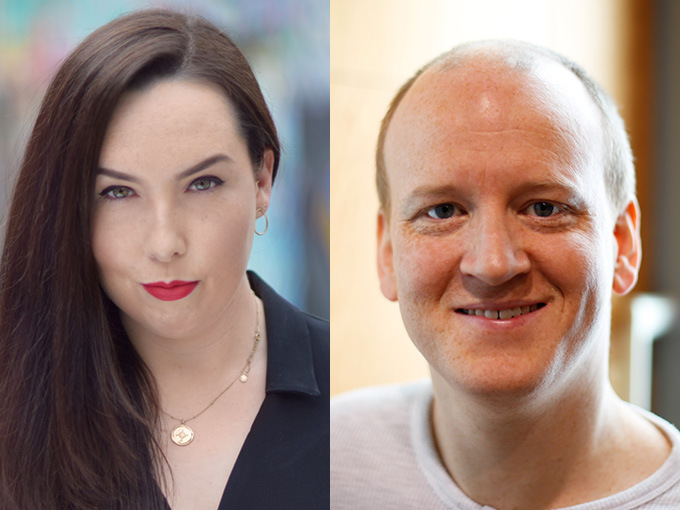 Reporting to CEO and head of development, Paul Young, Jason Tammemägi (pictured right) joined the team as producer. Starting last month, he is tasked with growing and managing the TV slate.

Over the course of his 25-year career, Tammemägi has lead more than 300 episodes of kids media as a producer and director. Some of his many credits include creator of Tot Cop, Planet Cosmo and Fluffy Gardens. In the past, he has served as showrunner, script editor and manager of studio animation systems. He also co-ran Mooshku for six years, and served as creative director of Geronimo Productions.

Ailbhe Mc Cabe (pictured left), meanwhile, has been hired as development producer. Working across all TV and feature film projects, her goal is to help each producer and director get their shows through to greenlight. She will be working closely with all of the creative teams in the development department.

Mc Cabe has 10 years of production and broadcast experience prior to joining Cartoon Saloon. She worked for JAM Media for three years overseeing its development slate alongside Chris Dicker. Before that, she worked at Channel 5′s Milkshake! for more than six years, starting as a production assistant and working her way up to content producer.